How Much Does It Cost to Restore an Historic Home? 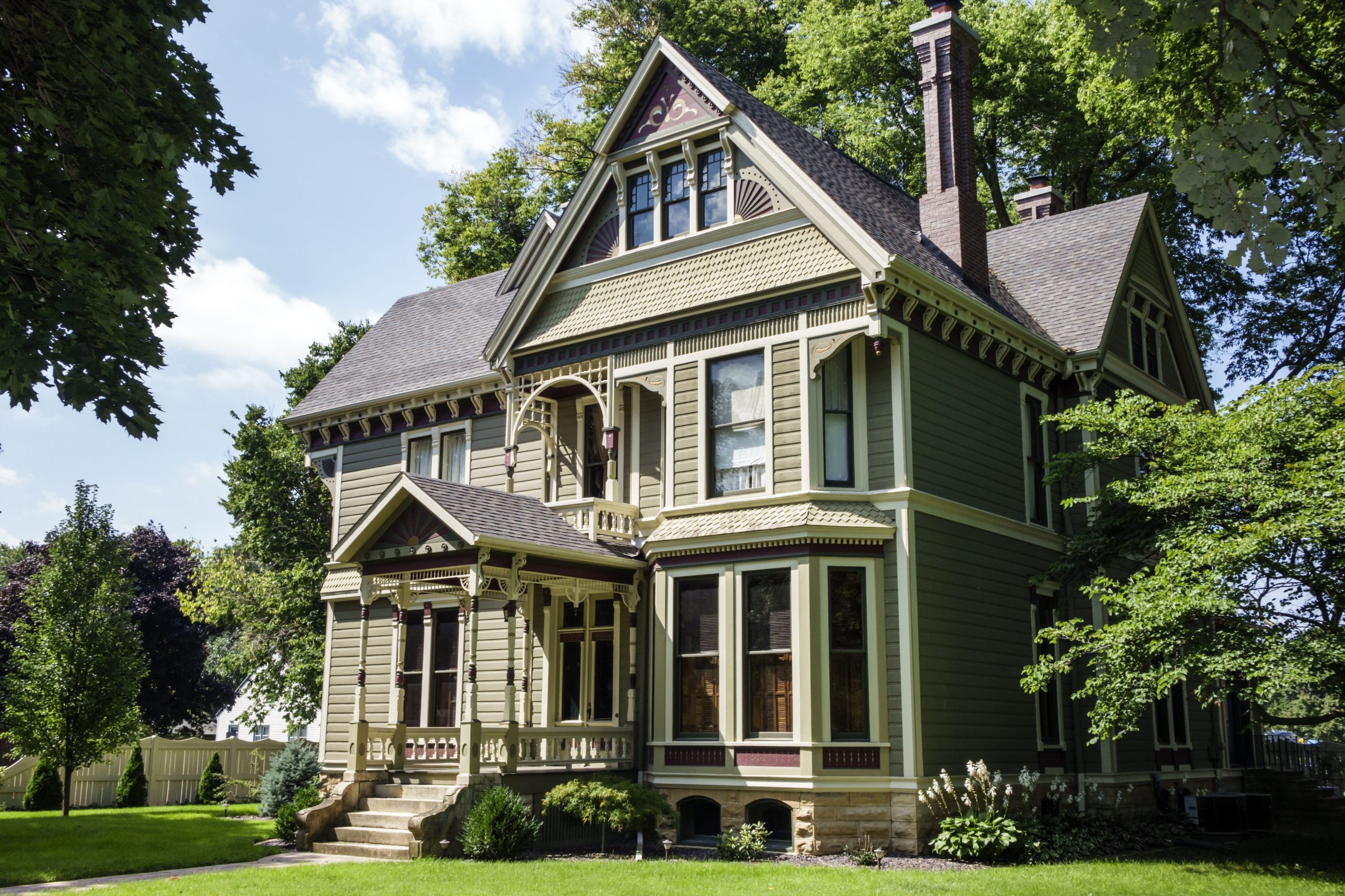 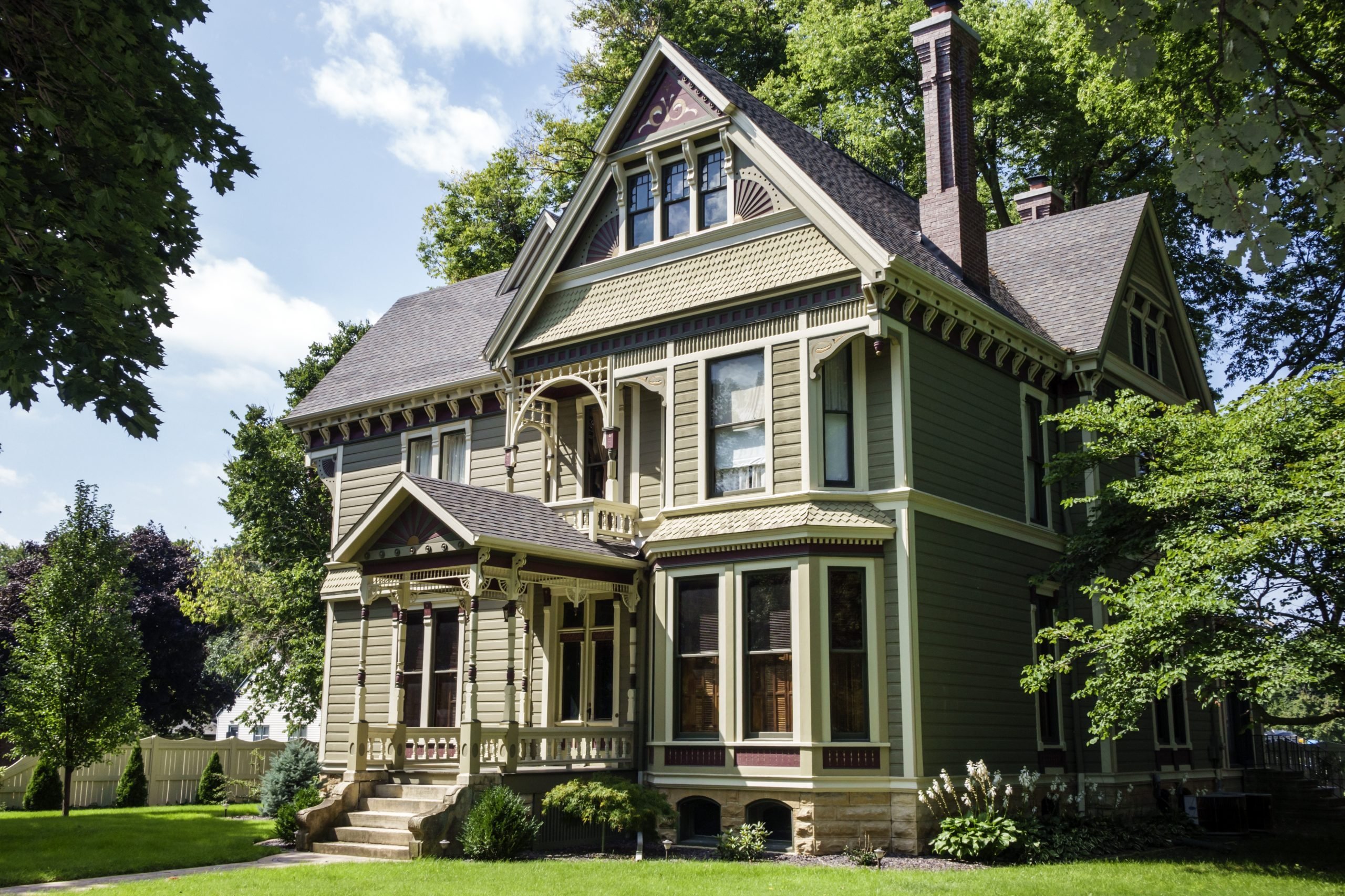 From HVAC to insurance, our experts discuss some of the common cost pitfalls of restoring old and historic homes.

It’s one of those questions that lends itself to humor and exaggeration: How much money does it take to renovate an historic home, compared to building a new one?

“The answer is all of it,” says Neil Stevenson, a Charleston, South Carolina-based architect and consultant for the celebrity home renovation series Rucker’s Reno. “Every penny you have is what it’s going to cost.”

Seriously, though: If you’re smart about it, renovating an old house won’t bankrupt you, although it will undoubtedly cost more than sprucing up a newer house.

In Stevenson’s experience, historic renovations run about the same as building a new higher-end house. Broadly speaking, that’s around $475 per square foot. But if you’re planning to look deeply into historic restoration, the sky’s the limit.

“It’s a moving target depending on how crazy you want to get,” says Stevenson. “How much of the historical fabric do you want to preserve? Do you want to just make it useful for now, or scrape off 20 layers of paint to find the original color and custom mix mortar that matches exactly?”

No matter the scope of your project, it will cost more than you think. From moldings to fire damage, animals and other surprises behind the walls, our experts all agree you should add a hefty contingency to your project budget.

Here are some other line items to take into consideration when restoring older and historic homes.

If the home is in an historic district, plan on extra permitting fees, plus an architect to help navigate regulations and create a restoration plan. You’ll also need to increase your budget for materials.

“If you have a slate roof, the city is going to require that you put a slate roof back,” says architectural historian Kristopher King of Carriage Properties in Charleston, S.C., a consultant on Rucker’s Reno.

Any pre-1960s home will likely have wiring, plumbing, framing and windows that aren’t up to modern safety or comfort standards, says Bryan Slowick, president of BDS Design Build Remodel in Libertyville, Ill.

Once you start digging into those, you may be required to bring the whole system up to today’s codes. Also, some really old houses lacked kitchens, bathrooms, HVAC systems or closets. If you have to add or update them, you’ll need to open and repair plaster walls for access to pipes and wires. That’s expensive.

“I know it sounds like a lot of fun, and it is,” Stevenson says facetiously.

According to our experts, HVAC is often the biggest challenge and cost in an old house. It’s likely you’ll need to turn a matrix of old radiators and fireplaces into a ducted system more in line with today’s comfort expectations. That can be problematic.

“Some old homes don’t necessarily have a wide enough wall cavity to run traditional HVAC,” says Slowick. If that’s the case, you might have to go with a high-velocity air-conditioning system, which has smaller ducts and can cost twice as much as a traditional unit.

HVAC was a particularly sticky problem on Rucker’s Reno.  “It was truly a nightmare,” Stevenson says. “It was almost impossible what we had to do.

“The floor joists were only 11 inches deep and 3-1/2-inches wide, and there are just massive chunks of lumber, so we really had to put our thinking caps on to figure out how to run ductwork. In a large, complex house like that, it could run upwards of a half million dollars.”

Procuring original materials or fabricating new ones to match can also be costly. Old moldings, door casing and other trims often have different profiles than modern materials, and thus need to be custom milled.

“Traditional FJP (finger-jointed pine) trim might cost $2 a linear foot versus $1.50 for a newer house,” says Slowick. “For one doorway, that doesn’t add up. But if you’re talking about a whole house, you’re talking thousands of dollars.”

Other tricky materials can range from floor paint to clay-fired hearth tiles and stained-glass window repairs. On one project, Stevenson needed to replace some rotting iron gates, and the lowest price he could find was $55,000.

“You can rebuild windows with that historical, cool, wavy glass,” says Stevenson. “But it’s just that much more work. And you’ll need to order them from Eastern Europe, because we don’t make them here anymore.”

The good news is, if installed correctly, old-style windows can be quite energy efficient. The bad news is, while a modern vinyl window costs a few hundred dollars, the same window done historic style could be well over $1,000.

There can also be issues with non-standard size doors, or finding matching hardware. “It’s a never-ending discovery of how unique your building is when you have to pay for all of the uniqueness,” says Stevenson.

Inevitably, you’ll run into something that’s better outsourced to a skilled craftsperson. Maybe it’ll be plaster or milling or masonry. Finding skilled craftspeople experienced in older technologies can be a challenge. And, of course, those skilled people demand a higher hourly wage.

Even if your plaster comes intact, you’ll need to cut into and repair it if you’re running new electrical, plumbing or HVAC. And plaster is more expensive than drywall.

“We’ve seen houses where the plaster was beyond salvage, but where the contractor actually put in [drywall] and then ran a skim coat of plaster mud over the top,” King says. “You get that great thud, durability and texture.”

If you’re trying to match traditional pine wood floors, King says they’ll be more expensive to buy and install. That’s because their tongue-and-groove systems require them to be blind nailed. “Then you’ve got to sand it and finish it, instead of just buying a modern flooring system that’s already finished looking and can be laid down in a day,” he says. 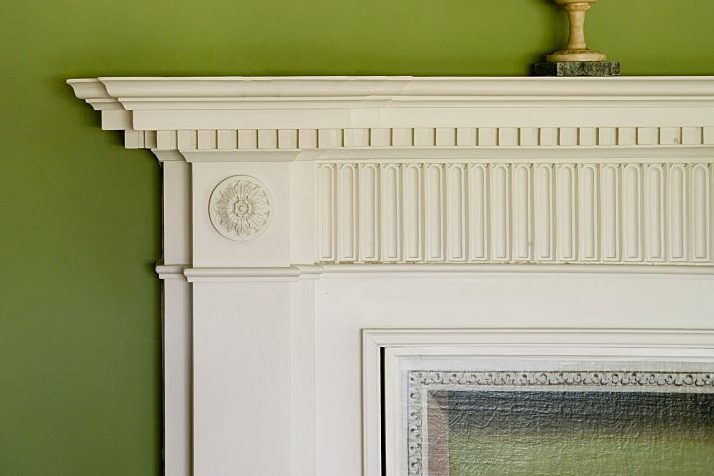 Any sort of mantel or intricate molding or cornice will likely need to be picked out and cleaned with dental picks, King says.

“What people don’t recognize is when you have a 200-year-old house, there could be anywhere from 15 to 50 coats of paint,” King says. “Removing all of that to restore the detail back is incredibly labor-intensive. There are a lot of things that require craft, and craft is what is expensive today.”

On Rucker’s Reno, Stevenson discovered he couldn’t strip the paint off the mantel, so he tracked down the plant in Scotland which originally manufactured it. Not only was the plant still open, it still had the original mold, so he could order a replica.

All our experts emphasized that even if you plan on DIYing most of the work, it’s well worth the money to pay for consultation from an architect or contractor with historic home experience before purchasing the house. “Sometimes having someone who knows what they’re looking at on site for an hour is going to save you thousands in the long run,” says King.

A typical walkthrough runs between $200 and $500. If consultants will be more heavily involved from start to finish, the relationship could stay an hourly rate or switch to a percentage of the project budget.

Depending on where you live, insurance hurdles for historic homes can manifest in different forms.

“In Charleston, we’re on the coast and we’re in a hurricane zone,” says King. “You can’t just go put impact-rated windows in a historic house in Charleston, so you need a local insurance carrier who can help with this.”

Another consideration is finding a policy that will cover historic replacement value. That of course will be more expensive because it covers repairs to plaster walls, wooden floors and other specialty materials. “You don’t have to do it, but it’s certainly advisable to,” says King.

“All of these things can certainly add up when it comes to restoring a historic home, but it doesn’t mean it has to take forever and cost a fortune. It’s really about making informed decisions.”

Did you miss our previous article…
https://tophouseimprovement.com/how-to/the-cities-with-the-most-infested-bed-bugs/

These 6 Bold Design Styles Will Rule This Spring