How to Fix a Tripper Circuit Breaker 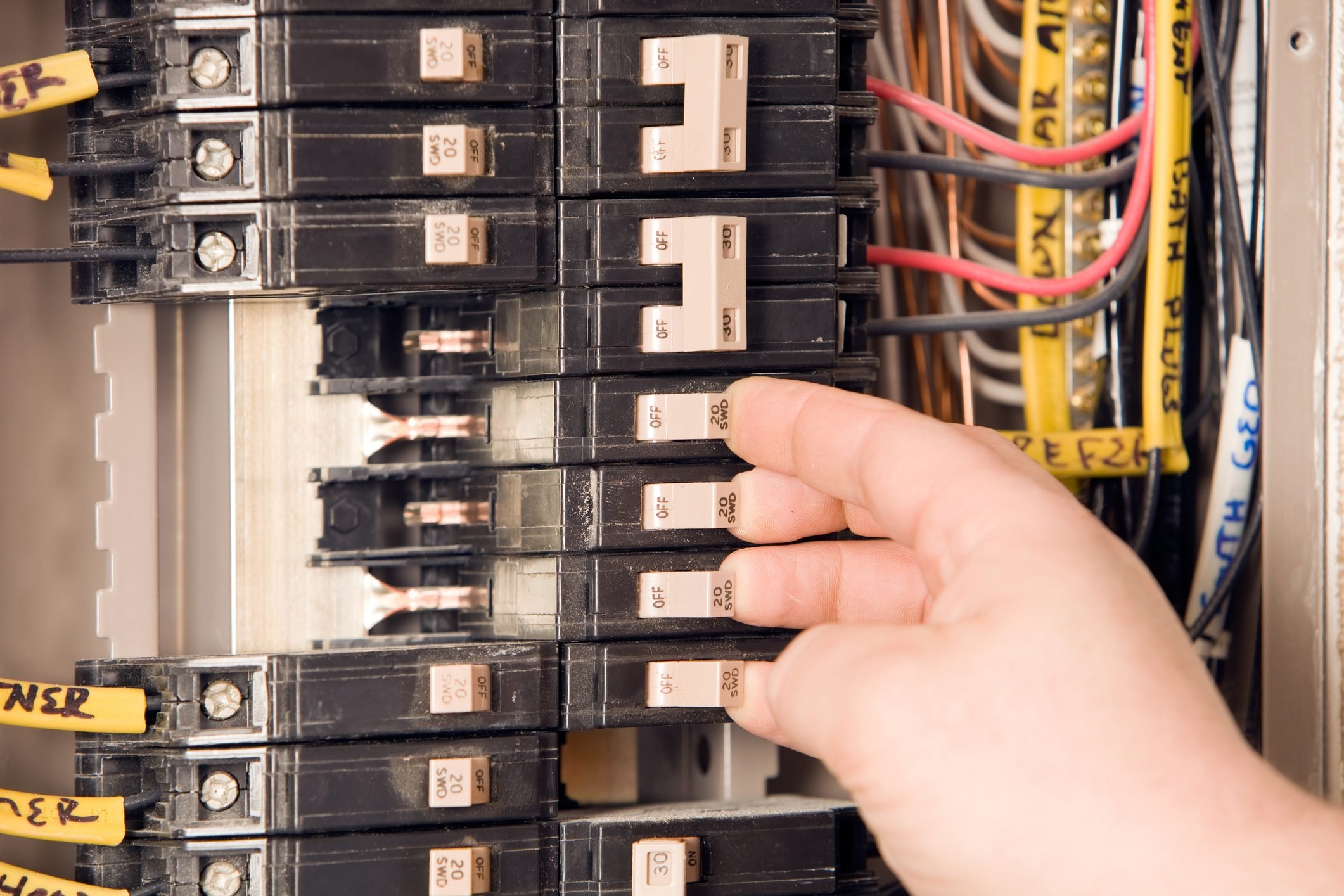 Circuit breaker keeps tripping? Don’t just reset and forget. Circuit breakers protect your home and family, so fix that situation with these tips.

We’ve all had to deal with tripped circuit breakers. They’re annoying and happen at the worst time. As a licensed electrician, I’ve seen my fair share of breakers, tripped or otherwise.

Circuit breakers monitor the flow of electricity through a circuit. If it exceeds a preset amount, it opens the circuit to stop the current flow. They’re a vital piece of your home’s electrical system. And when they trip, they’re trying to tell you something.

Occasional trips are not something to be alarmed about. But if a circuit breaker in your home keeps tripping, it could be a sign something’s wrong.

How To Know if Your Circuit Breaker Is Tripping

If your breaker trips, go to your electrical panel and open the front cover. There should be two columns of circuit breakers and, hopefully, nice labels indicating what circuits each one controls. Most breakers will be on, so look for the one with the handle in a different position than the others.

On every breaker there will be an “On” and “Off” position. On a tripped breaker, the handle will be in the middle, neither On nor Off. To reset, flip the handle to Off first, then to On. Stand to the side of the panel and turn your face away when flipping breakers. If an arc flash occurs, it may save your life.

Why Does My Circuit Breaker Keep Tripping?

What Is a Circuit Overload?

An overloaded circuit has too many things running on it at once.

Imagine a kitchen with a microwave and an air fryer next to each other. Kitchen small appliance circuits are 20 amps. A 1,200-watt microwave draws 10 amps. A 1,700-watt air fryer draws about 14 amps. Running both appliances at the same time puts 24 amps on a circuit designed for 20 amps.

Over time, those extra amps will damage the wires by generating excessive heat. A circuit breaker stops this overload condition by opening the circuit.

What Is a Short Circuit?

A short circuit happens when a hot wire comes in contact with another hot wire, or the neutral or ground. When a circuit operates normally, current flows on the hot wire from your electrical panel to a light, appliance or other load. Then it goes back to the panel via the neutral.

If the hot and neutral accidentally touch each other, the current takes a “shortcut” back to the panel instead of going to the load. The electricity generated by this contact is many times higher than if it was being used by a light or appliance. It’s an extremely dangerous situation that can cause shocks and fires.

What Is a Ground Fault?

If there’s no purposeful path to channel that ground fault current safely, it will go through anything available, including you. Ground-fault circuit interrupters (GFCI) are specifically designed to monitor for ground faults, but regular circuit breakers also provide protection.

How To Fix a Circuit Breaker That Keeps Tripping

If your breaker keeps tripping, investigate and fix the problem. Here are a few ways to narrow down the possibilities. Always call a licensed electrician if the issue becomes too involved.

Figure out which area of the house the tripped breaker controls, then turn off and unplug everything in that area. Lights, microwaves, computers, everything. Then go turn on the breaker. If the breaker trips immediately, even with nothing plugged in, it’s likely you have a short, not an overload.

If the breaker holds, go back to the room and start plugging things in and turning them on one by one. After each item, pause, then do the next one. When the breaker trips again, you know you’ve reached your limit for that circuit. Redistribute the loads more evenly between circuits if possible.

Check for a short in a specific appliance

Shorts and ground faults can occur within an appliance or other electrical device when a hot wire touches the housing.

Note the last thing you plugged in when the breaker tripped while checking for an overload. If you plug that appliance or device into another circuit, does that circuit trip as well? If so, unplug the device immediately and don’t use it until it’s replaced or serviced.

Call an electrician for shorts and ground faults in wiring

If the breaker trips immediately upon resetting, even with nothing plugged in or turned on, it’s likely something in your home’s wiring causing the problem. This could be a loose connection at a receptacle or other device, or something more complicated, like worn insulation within your walls.

If you have electrical experience and can determine which device is causing the short, replace the device or correct the loose wire. If you’re not experienced, or you smell something burning or see scorch marks on your walls, call a professional licensed electrician. Do the same if you have repeated problems with flickering lights or tripping breakers.

Electrical fires and shocks are dangerous, and shorts and ground faults are difficult to find. A pro can diagnose and fix the issue, providing peace of mind.

Did you miss our previous article…
https://tophouseimprovement.com/how-to/what-are-palm-fronds-you-ask/

What are Palm Fronds, You Ask?