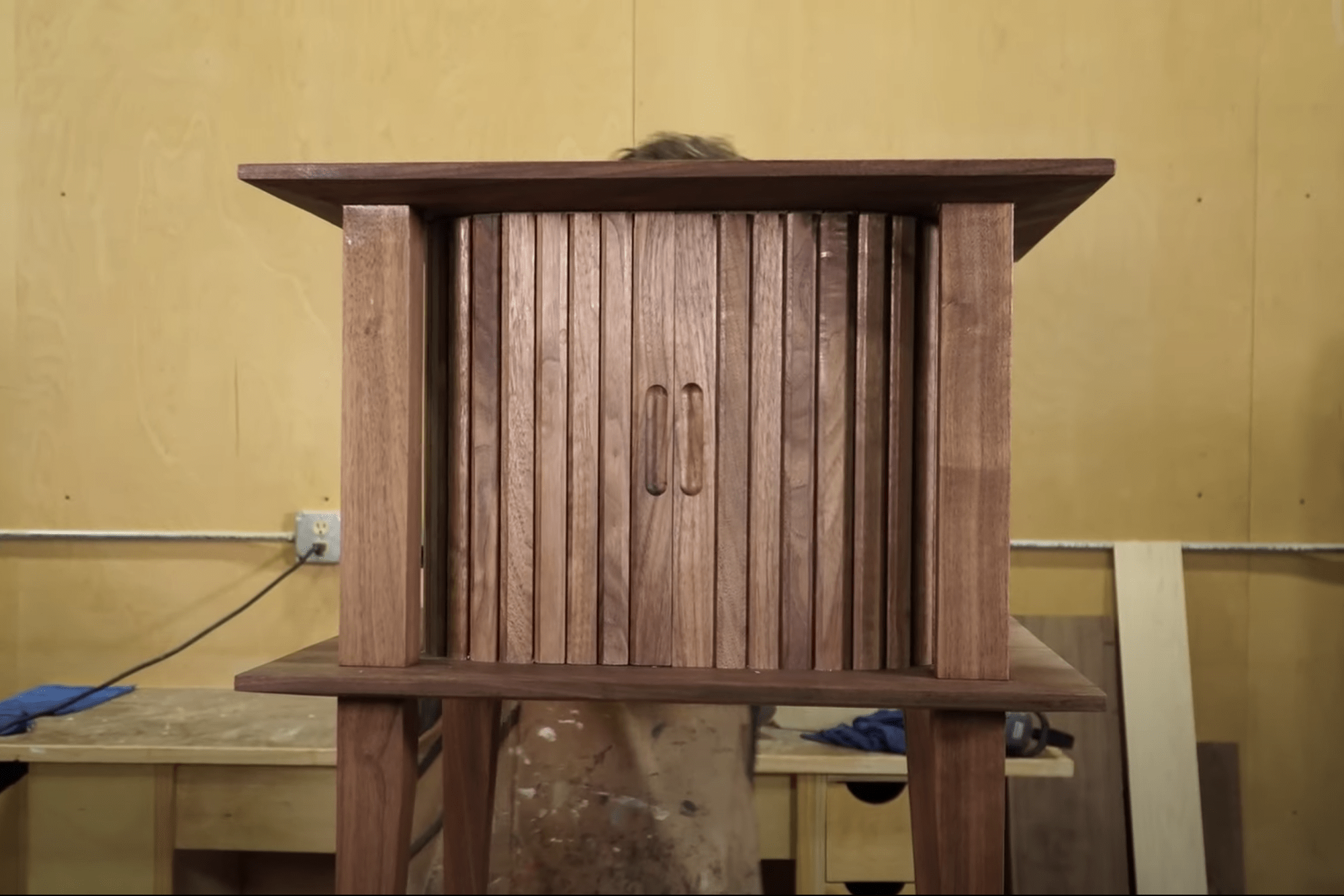 Tambour is a woodwork style that gets its name from a medieval drum. We asked a top architect to explain its 21st Century design appeal.

When you think of tambour, do you think of a tambourine? You would if you wanted to be historically accurate, according to award-winning Brooklyn architect Eugene Colberg of Colberg Architecture. “The word comes from tambourine, and refers to a circle, drum or frame,” he says.

Both words date back to an elongated type of drum known as a “tamborin de Provençe,” which was used in medieval times. The drum was also known as a tambour, suggesting that the words were more or less interchangeable from the beginning.

With that pedigree, it’s not surprising tambour has stood the test of time. As a material, it’s lightweight and easy to work with, Colberg says. And it brings the richness of wood to wall coverings, cabinet faces and coffee tables, as well as other home components.

Tambour can be a budget-busting choice. But if you’re willing to DIY, making it yourself cuts the cost substantially.

What Is a Tambour?

In modern usage, tambour refers to a method of fastening closely-spaced pieces of wood on a flexible backing. The linear arrangement of the wooden slats somewhat resembles the cords on the side of the drum that secure the head, which may be one reason for the crossover usage of the word.

Tambour has historically been used to make sliding doors that disappear into a recess when you open them. Because of the flexible backing, the doors can slide along curved tracks. This has made tambour the material of choice for roll-top desk covers, vintage wine cabinets, bookshelves and humidors.

Thanks to its decorative appeal, tambour is popularly incorporated into wall coverings, cabinet facings, and the like. The wood slats often have a semicircular cross-section, providing good sound absorption properties. But that comes at a price; Colberg says you can expect to pay about twice as much as you would for standard acoustical panels.

Colberg also classifies tambour by profile, wood species and size. Slats can have a semicircular or rectangular profile. While semicircular slats add a degree of elegance, he notes they’re more difficult to make, especially in a home workshop. If you plan to DIY a tambour door, Colberg recommends sticking with a rectangular cross-section, because you can cut that type of slat with a table or band saw.

And tambour doesn’t have to be made of wood; the slats can be metal or PVC. The size of the slats primarily refers to their width, which can vary from one-half inch to two or three inches. Narrow slats are best for small doors because they allow for more flexibility, but cutting enough of them for a large door or a wall covering might be impractical.

Pros and Cons of Tambour Doors

Tambour is one of the best options, if not the only one, for doors on curved tracks. Wood provides the rigidity the door needs, while the flexible backing allows it to bend.

Tambour doors can slide vertically or horizontally. Here are some places you’ll find them around the house:

How To Make a Tambour Door

First, cut and prepare the slats. Then glue the slats to a backing. Lastly, make the tracks the tambour doors slide on. Pros generally use a router for this, but if you’re building large closet doors, you’d most likely purchase metal tracks.

It’s good to construct a jig where the slats fit tightly after you’ve cut, sanded and finished them. This can be a simple frame that you screw to a workbench.

After arranging the slats tightly together in the frame with the reverse sides facing up, tape over the edges that fit into the tracks to keep glue from covering them. Spread hide glue liberally on the exposed parts and lay the backing on it. Let the glue set and trim excess backing. Now you’re ready to install the door into the tracks on the cabinet, cupboard or closet.

My Neighbor can point their security camera at my backyard.