How to Plant and Care Marigold Flower Sedums 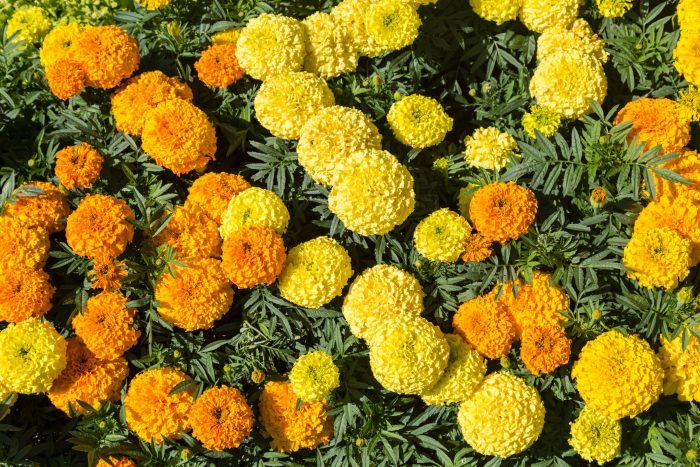 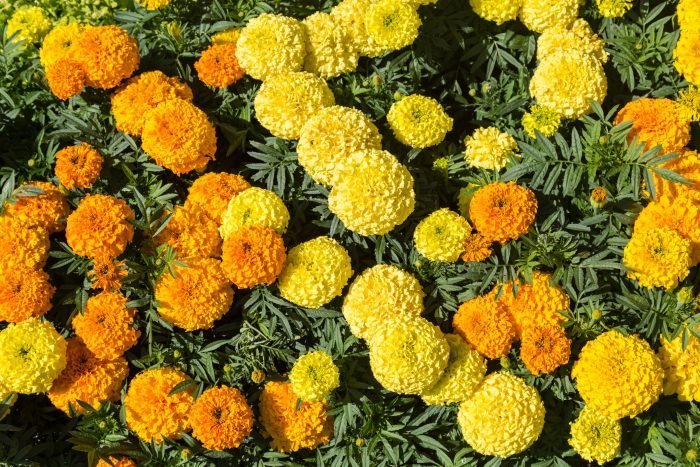 Marigolds are some of the easiest flowers to grow from seeds. They’re great for kids’ gardens, too.

If you want a flower to evoke a memory, choose a scented one. Marigolds, with their distinctive scent, always remind me of being a kid and helping my dad sow seeds for marigolds and other annual flowers in our garden.

There are several types easily grown from seed. All are in the plant genus Tagetes.

French marigolds, Tagetes patula, are smaller plants with fern-like foliage. Varieties such as ‘Cottage Red‘, ‘Jaguar‘ and ‘Bolero‘ generally grow from eight to 12 inches tall and flower freely from summer through fall, until the first frost.

Hybrid marigolds, sometimes called triploid marigolds, are crosses between French and African marigolds. These tend to be stronger plants, often with double flowers. ‘Primrose Lady’ and ‘Snowball’, which has white flowers, are hybrid varieties. (Both were out of stock at the online retailers we checked.)

How To Plant Marigold Seeds

Marigolds are all easily grown from seeds, sown directly in the garden or indoors six to eight weeks before your spring frost-free date. All marigolds prefer a sunny location with good, well-drained garden soil.

How to plant marigold seeds indoors

How to plant marigold seeds directly in the garden

When to Plant Marigold Seeds

Marigolds are warm-season annuals that do not tolerate frost. So plant them in your garden when you are sure it’s frost-free in the spring and the soil has warmed. This can be as early as mid-February in places like New Orleans, and almost June 1 in Northern locations like Duluth, Minn. Once growing, marigolds will continue to bloom until the first frost of fall.

How to Care for Marigold Plants 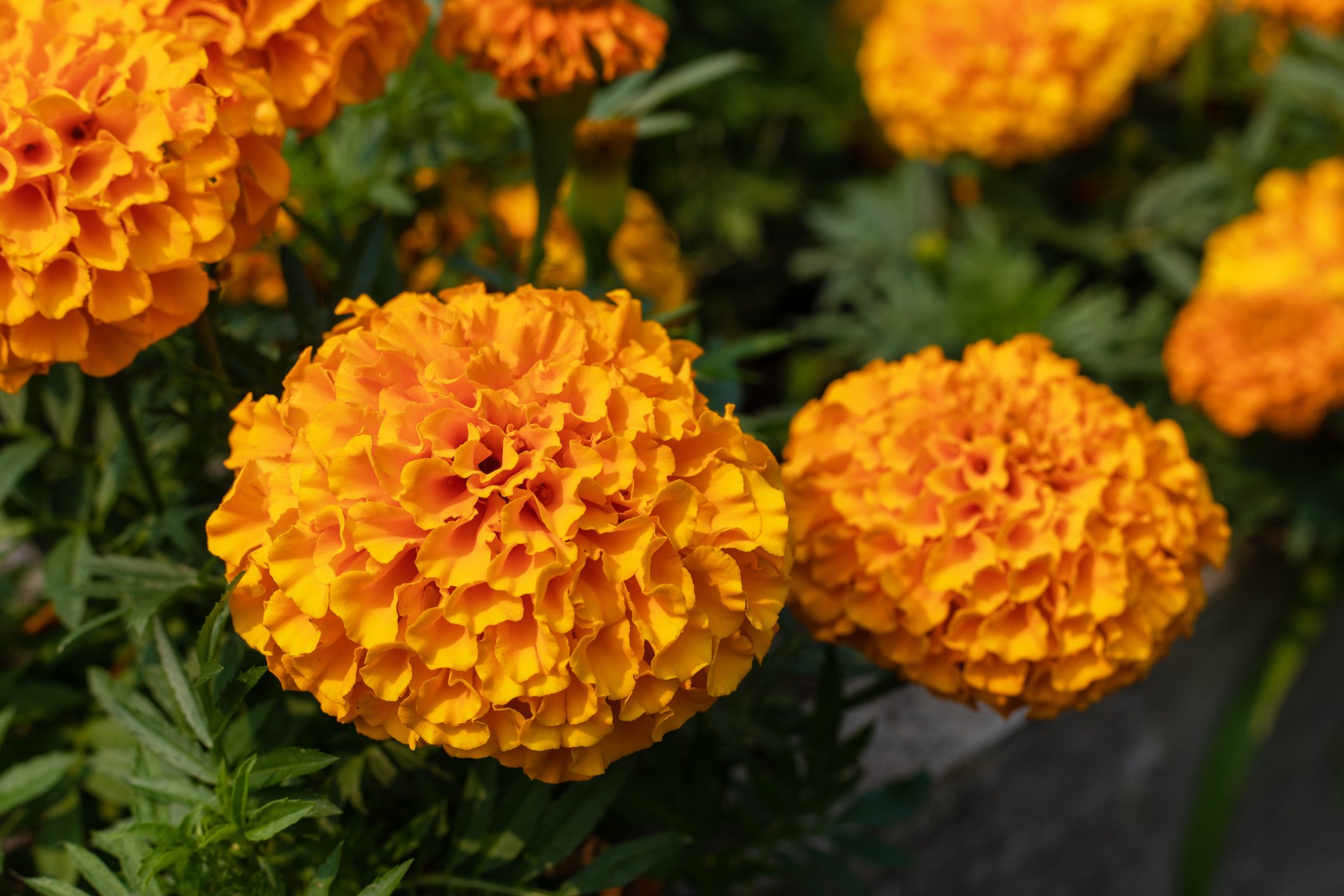 Marigolds should be kept watered until established and blooming. At that point, they need an inch of water a week, from rainfall or hand watering.

In most gardens, marigolds do not need additional fertilizer. If you’re not sure how fertile your soil is, add an all-purpose garden fertilizer when you plant.

Some larger marigolds, such as hybrids and African marigolds, may need to be staked. Plan ahead by setting stakes in the ground before you need them. You can use simple stakes with twine or metal plant supports.

To keep your marigolds blooming throughout the summer and into fall, remove old flowers once they’ve faded and before they set seed. You can usually snap them off or cut them with small hand pruners or snips.

There are a few pests and plant diseases that can attack marigolds. Giving the marigolds adequate room goes a long way toward avoiding these problems, along with keeping the plants well-watered.

If you notice aphids or spider mites, try spraying the marigolds with a strong water spray, hitting the undersides of the leaves to wash away the pests. Often this is enough to save your marigolds.

Plant disease symptoms vary, but could include stunted growth or grayish leaves. If you notice what you think is plant disease, your best option may be to pull up the infected plants and toss them in the trash. Then make a note to plant something other than marigolds in that spot the following year.

Did you miss our previous article…
https://tophouseimprovement.com/how-to/fire-hazard-leads-to-the-recall-of-more-than-one-million-boxes/

Telescoping ladders: What should you know?