How to Remove a Nail without a Head 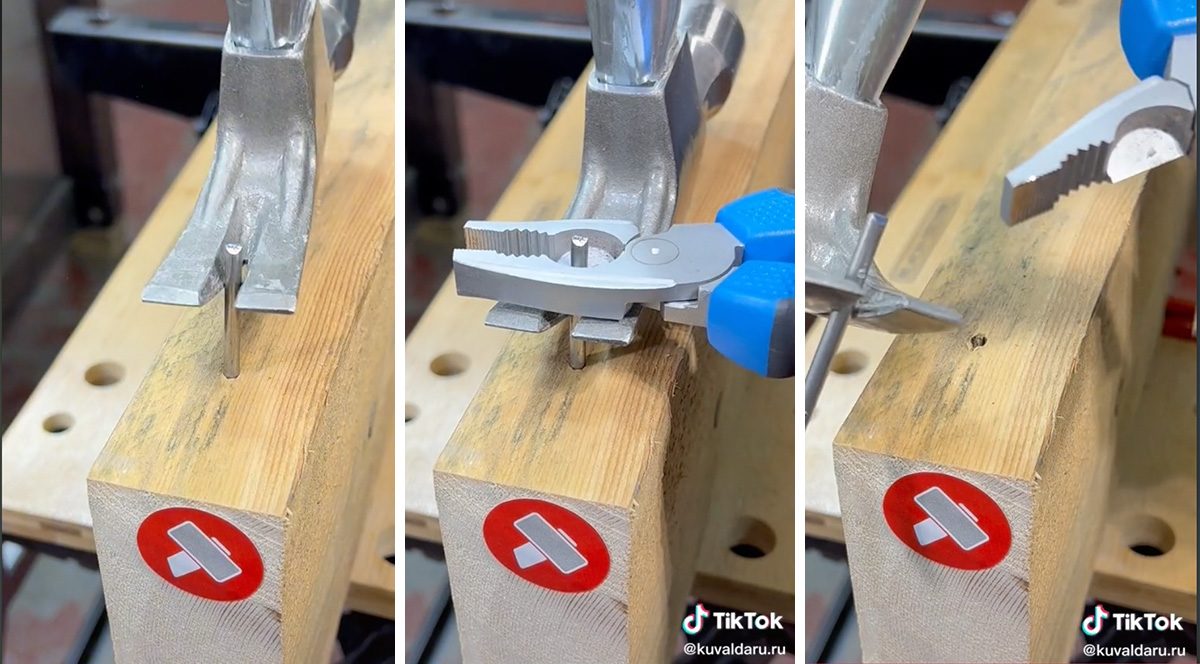 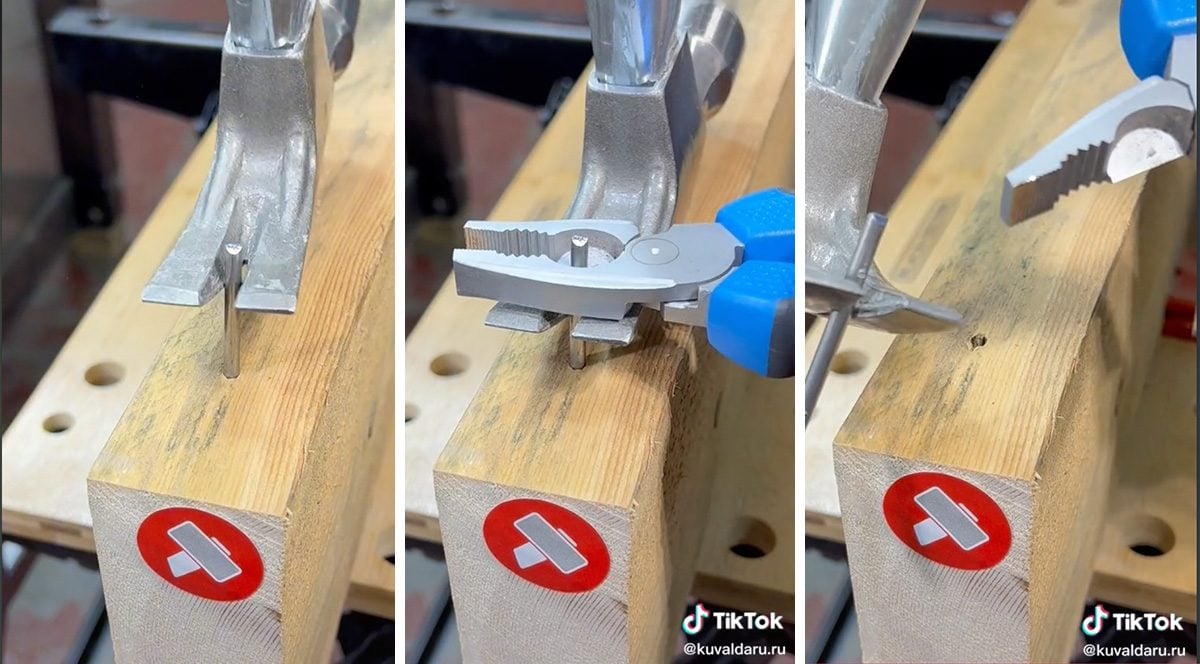 Is a headless nail giving you grief? Learn our favorite methods for how to remove a nail without a head from wood.

If you’ve spent much time using a hammer and nails, you’ll know that most times, modern nails are pretty reliable. Large framing nails in particular tend to be “tough as nails.” That said, they do fail occasionally in a couple of different ways.

One of the most frustrating ways is when the head of a nail breaks off. In the many years that I’ve been swinging a hammer, I’ve never seen this happen when pounding a nail into wood. The only times I’ve ended up with a headless specimen have been when I’m trying to pry a nail out of wood and the head shears off in the attempt, or when I need to cut the head off myself with a reciprocating saw during demolition work. Headless nails can be a major headache since they can be hard to both pound in and pull out. That’s where some handy hints for how to remove hard-to-remove stuff can help.

How to Remove a Nail Without a Head

There are a few different techniques for pulling out headless nails and knowing all of them is a great way to minimize your chances of letting your next headless nail get you stuck. Here are the different approaches you should be aware of.

We tested this method for removing a headless nail partially driven into wood. The method involves using a claw framing hammer and a pair of linesman pliers. Simply position the hammer head down on the wood with the broken nail protruding up between the claws. Then, grip the shaft of the nail using the wirecutter jaws on the linesman pliers. Make sure the pliers are tight against the hammer claws. Pull back on the hammer’s handle in the same way you would if you were pulling the nail with the hammer alone. At the same time, pull up and back on the nail with the pliers. The combined leverage from the two tools should be enough to pull the broken nail free. This trick has been around a lot longer than TikTok, and I can tell you from experience that it works.

Most times you have a headless nail to deal with a good framing hammer alone will probably be sufficient. Just wedge the hammer claws over the nail’s shaft hard, with enough force that the inner edges of the hammer claws bite into the nail. Then pull back on the hammer. Chances are the hammer claws alone will grip the nail hard enough to pull it free. If not, try pulling the hammer sideways instead of backward. This will create a bend in the nail, making it much less likely to slip free from the hammer claws as you pull it out. Don’t forget to check out these other hammer hacks.

Working on things around the house? Take a look at our tips for removing other stuck objects.

Robert Maxwell
Robert Maxwell is a writer, videographer, photographer and online strength coach based in Northern Ontario, Canada. He grew up on a rural self-sufficient homestead property where he learned the skills to build his own home from the ground up, do all his own vehicle repairs, and work with wood, stone and metal to find practical DIY solutions to many everyday problems.

Did you miss our previous article…
https://tophouseimprovement.com/how-to/black-friday-2022-washer-and-dryer-deals-that-will-turn-your-laundry-time-around/