Make sure you clean the toilet seat of your dishwasher. TikTok Hack is Not Recommended 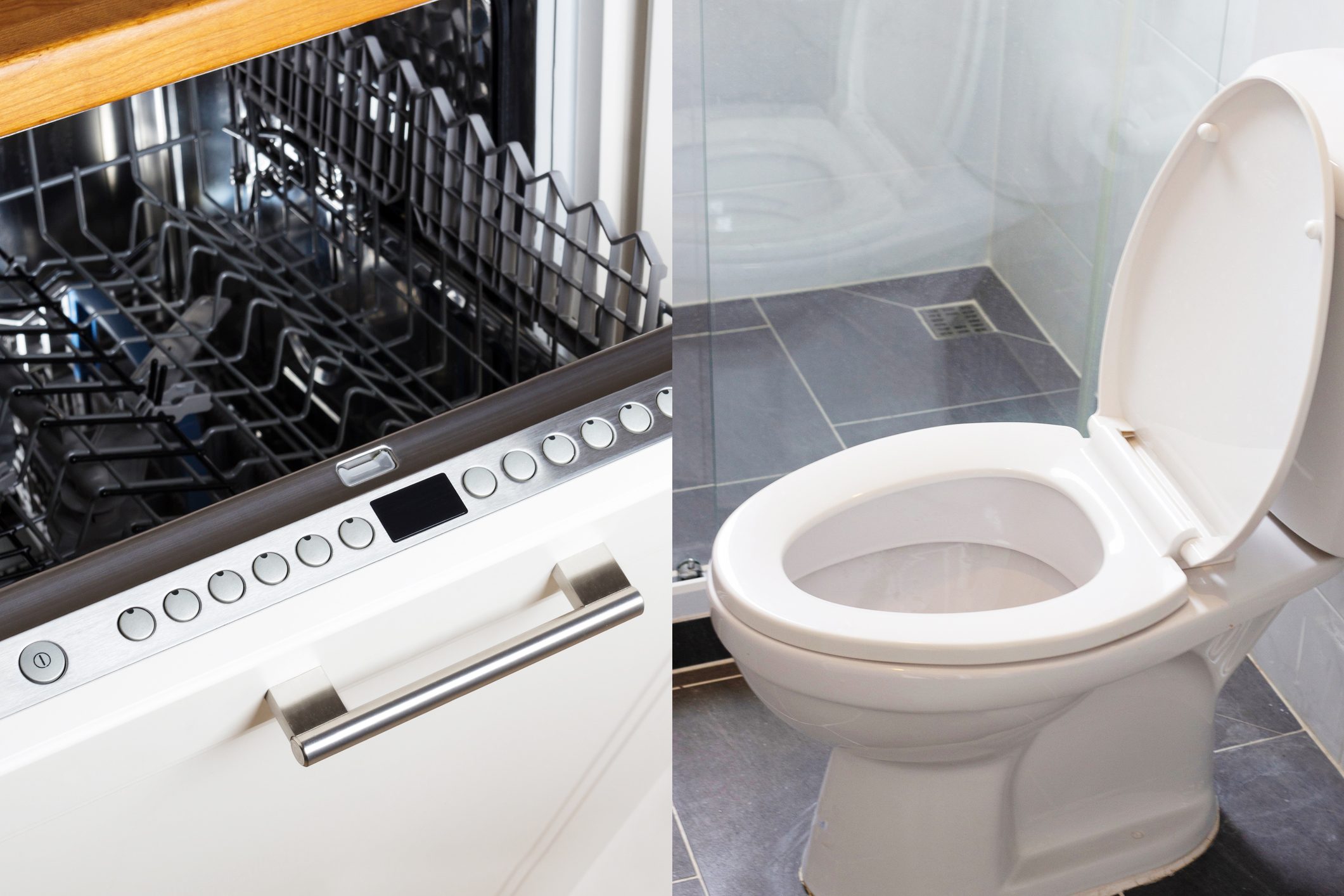 TikTok stuns the Internet with another cleaning hack. Should you put your toilet seat in the dishwasher? Experts — and everyone else — say no.

“Why didn’t I think of this?” I mutter to myself as I dust my ceiling fan with a pillowcase. “It’s genius.”

Other times, though, you just know something’s not right.

Cleaning your toilet seat in the dishwasher? Not right. This viral cleaning hack showed up on Reddit’s popular advice forum AITA four years ago, so it’s not exactly new. It is exactly disgusting, though.

Social media recently resurrected it, so I asked an epidemiologist (a germs and disease expert) and a cleaning pro about this dubious practice. I usually try out these hacks myself but decided to pass on this one.

Here’s the video. Don’t try this at home.

In theory (seriously, DON’T do this), you take your toilet seat off the toilet and run it through the dishwasher. That’s it. That’s the hack.

The toilet in the video has a quick-release seat attachment, so it comes off in a few seconds. Bolted-down seats must be unscrewed first. Already, we’re not saving any time, and that’s before the dishwasher cycle.

The TikToker puts the seat in the bottom dishwasher rack and says to run it on “pots and pans” or the “sanitize” cycle. Then the creator slides the seat back on the toilet. Did the toilet itself get cleaned? How long did the process take?

We’ll never know, but other TikTokers have some thoughts.

If you’re trying to sterilize your toilet seat, dishwashers aren’t designed to do that. That’s according to Dr. Brian Mangum, associate professor of medicine and epidemiologist at University of Health Sciences Antigua. Sterilize means to eliminate all bacteria on a surface, and dishwashers just don’t get that hot.

“The bigger issue, though, is what happens after you remove the toilet seat from the dishwasher,” Mangum stresses.

“Consider the fact that your toilet seat is already full of germs, and you have now potentially transferred those germs to the same dishwasher where you will wash your children’s plates after pizza night,” Mangum says.

Plenty of things in our homes are dirtier than toilets, but that doesn’t mean we want bacteria from our bathrooms lingering around our dinner plates. Mangum puts it this way: “Would you eat pizza off the toilet seat, even if you had cleaned it first? Probably not.”

Dishwashers offer “sanitize” settings— notably not the same as “sterilize.” These settings use a ton of water and can add one and a half hours to the cycle (which can already be more than two hours). Consider energy and water consumption before using this setting very often.

Clean Your Toilet the Right Way

So, we know the dishes aren’t helped by this hack, and that dishwashers won’t sterilize toilet seats. What should people be doing to rid their toilets of bacteria and dirt?

“You would be much better off just using bleach or other commercial products designed to kill germs, such as Lysol,” says Mangum.

Melissa Homer, chief cleaning officer at MaidPro.com, agrees. To clean your toilet like a pro:

If you have hard water, Homer recommends Bar Keeper’s Friend to remove rust and mineral stains. A porcelain-friendly pumice stone called a Pumie can get rid of stubborn mineral deposits.

Another pro tip: Color-code your sponges, scrubber and microfiber cloths, so you never accidentally use a bathroom sponge in the kitchen.

Once again, do not put your toilet seat in the dishwasher.

Forget the germs for a minute. Shouldn’t a hack solve a problem or make things easier? Is removing the dirty seat, loading it in the dishwasher and waiting for three or four hours helping us in any way?

And, we still have to clean the rest of the toilet. Why not leave the seat right there and do it all at once? No dismantling anything or wasting a bunch of water.

One last thing. No one is really doing this. Honestly. In the video’s comments, when asked “facts or caps” (TikTok slang for “fact or fiction”) the creator says “cap, for sure,” accompanied by a laughing emoji.

In other words, this is a gag, so don’t fall for it. Cleaning your toilet seat in the dishwasher doesn’t save time, it’s gross, and these creators are having a laugh at people’s expense — literally.

Did you miss our previous article…
https://tophouseimprovement.com/how-to/how-to-care-for-mums/

How to Care For Mums

16 Reasons You Should Consider Open Shelving For Your Kitchen