Rats or Mice? Which one does more damage to your house? 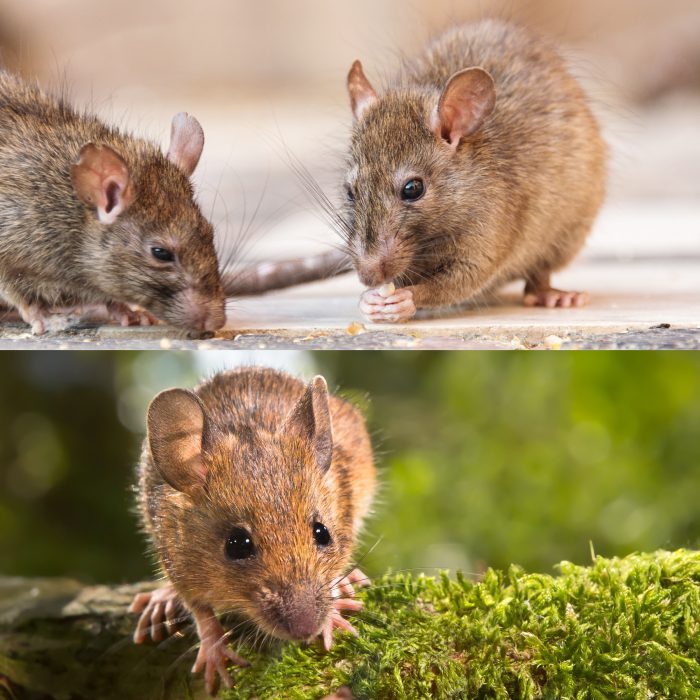 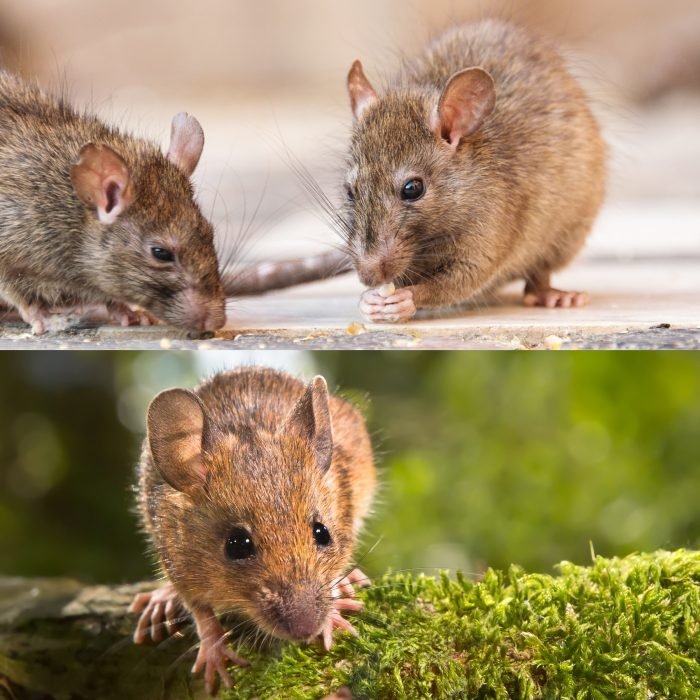 Mice and rats love to gnaw, and your house is a buffet of wood, drywall, plastic and electrical wires. Which one do you think can cause more damage? 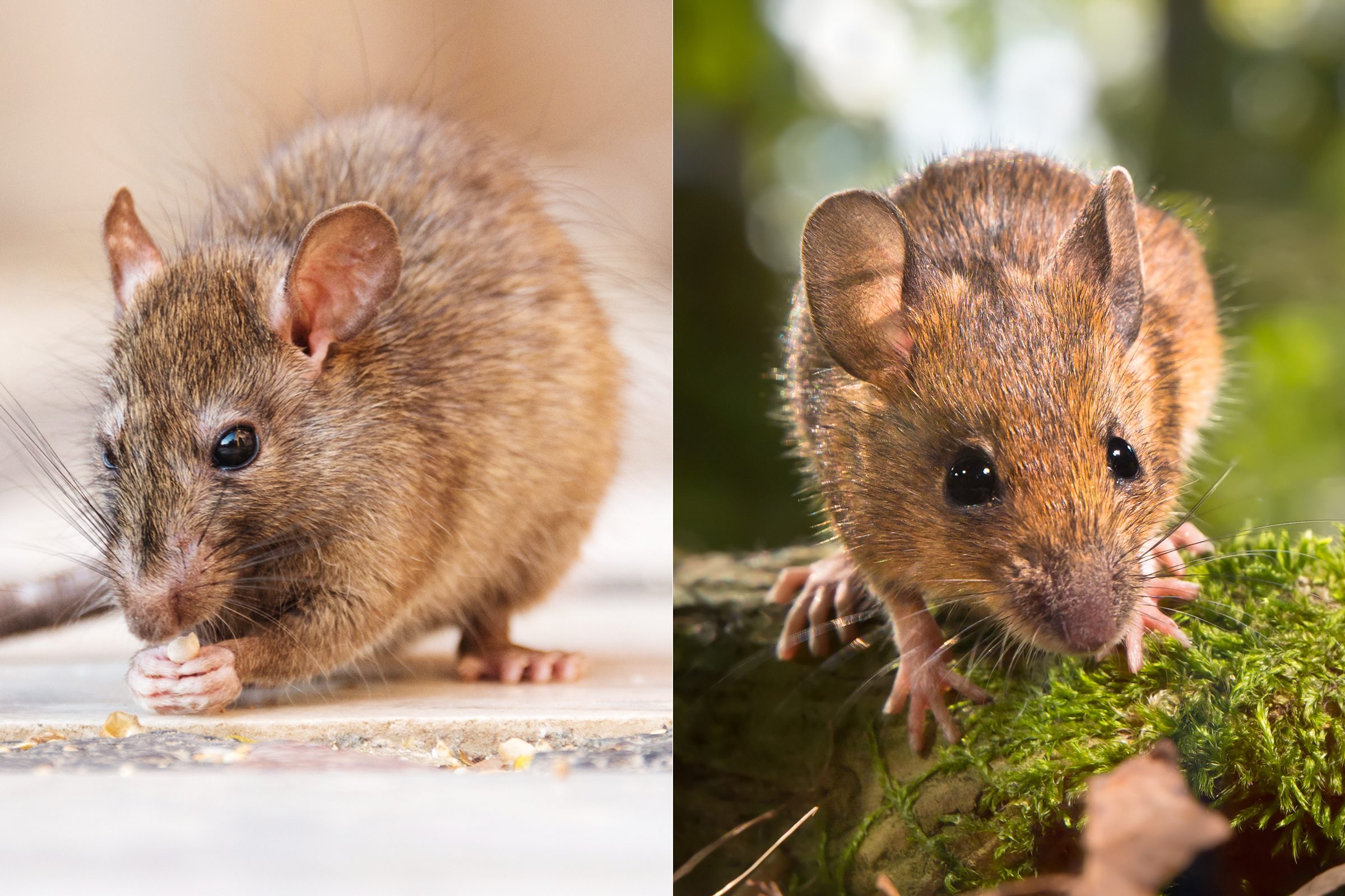 My friend bought a house recently. While packing up and moving out of her rental, she found tennis balls stuffed in the wall under a little-used cabinet. Curious, she mentioned it to her landlord, who said, “Yeah, those keep the rats out.”

She never slept there again.

Rats and mice carry diseases like hantavirus. Shane McCoy of Ehrlich Pest Control, a board-certified entomologist, says they contaminate up to one-third of the world’s food supply. But which one does the most damage?

Before we go there, let’s review what we’re dealing with.

What Is a Rat?

A rat is a small mammal in the order Rodentia, aka rodents. Rodents have constantly-growing teeth which they must wear down by gnawing — Rodentia means “to gnaw” in Latin. The appropriately-named genus Rattus houses the “true rats,” including the common Norway and roof rats.

Rats measure about 16 inches from nose to tail and weigh from 12 to 16 ounces. Depending on the species, they have brown, black, gray or white fur, along with long tails.

Rats generally nest in the ground, burrowing under rocks and vegetation near your home’s foundation, McCoy says. These burrows can be up to seven feet long. Indoor rats nest in walls, attics, equipment and furniture voids.

What Is a Mouse?

A mouse is also a rodent but a lot lighter, weighing one-half to one ounce. A typical house mouse is in the genus Mus. Like other rodents, mouse teeth require diligent gnawing.

Mice often live outside buildings in grassy and wooded areas, feeding on seeds and insects. But even with a healthy outside diet, mice are attracted to the warmth and smells of our homes. They’ll enter under doors and through small openings.

Differences Between Rat vs. Mouse Behavior

Are mice just little rats? No, says McCoy. While size is a key difference, behavior is definitely specific to each species.

Rats search for food 25 to 100 feet from their nest, while mice only make it 10 to 30 feet away. McCoy says that’s important for homeowners to know.

“You can almost guarantee mice are close to the kitchen or an area where food is stored — including dog food and bird seed — like pantries, garages and basements,” says McCoy.

Rats vs. Mice: Which Can Cause More Damage to a Home?

Mice are smaller, so they squeeze easily behind walls and appliances where they gnaw baseboards, drywall, insulation and electrical wiring. They also dribble urine wherever they go, McCoy says.

Considering where mice wander unabated in a home — typically near the kitchen — that’s a lot of pee in a lot of places you don’t want it. Mouse urine smells nasty. It’s also dirty and damages wood and other building materials. Mouse poop isn’t a picnic, either, as exterminator horror stories attest.

Rats damage homes just like mice, by gnawing, nesting, peeing and pooping. But because they’re larger, an individual rat causes much more damage than a single mouse. Rats have bigger teeth and leave tooth marks about an eighth of an inch long on whatever they gnaw: wood, windows, doors, wiring and PVC pipes.

Though single rats cause more damage, mice are responsible for a large majority of rodent infestations, McCoy says. It’s just easier for them to get established.

Mice don’t need much room or food, and they don’t require a separate water source. McCoy says they get all their water from food, so they’re perfectly happy living in a wall void or under your stove, gnawing and breeding. Mice have up to 10 litters of five to six pups per year.

But rats are harder to get rid of due to their cautious nature, says McCoy. That means they hang around longer, and they’re equally prolific — six litters of eight to nine pups each per year. The longer it takes to catch them, the more damage they and their offspring cause. 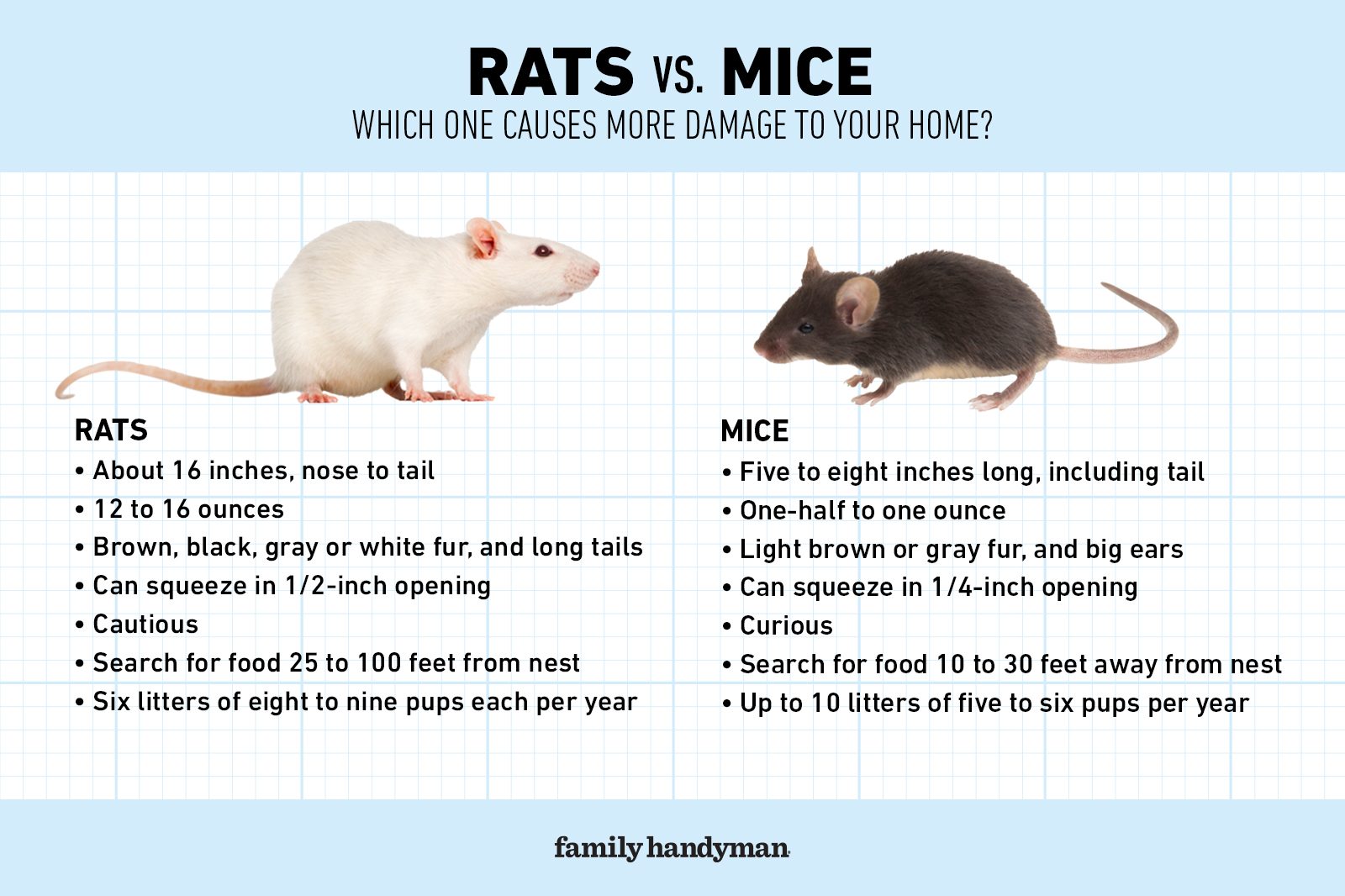 “The two key features of rodent prevention are sanitation and exclusion,” McCoy says. It’s important to make your home unattractive and inaccessible to rodents. Mice can squeeze through a one-quarter inch opening in your home’s exterior. For rats, it’s one-half inch.

“Rats and mice need food, water and shelter,” McCoy says. “When these resources are limited, so is the growth of their populations.”

Reduce the chance of a rodent damaging your home by following these tips:

Once you’ve shored up your home’s defenses, control mice and rats with these tried-and-true methods.

Did you miss our previous article…
https://tophouseimprovement.com/how-to/7-unconventional-ideas-in-greenhouse-design/