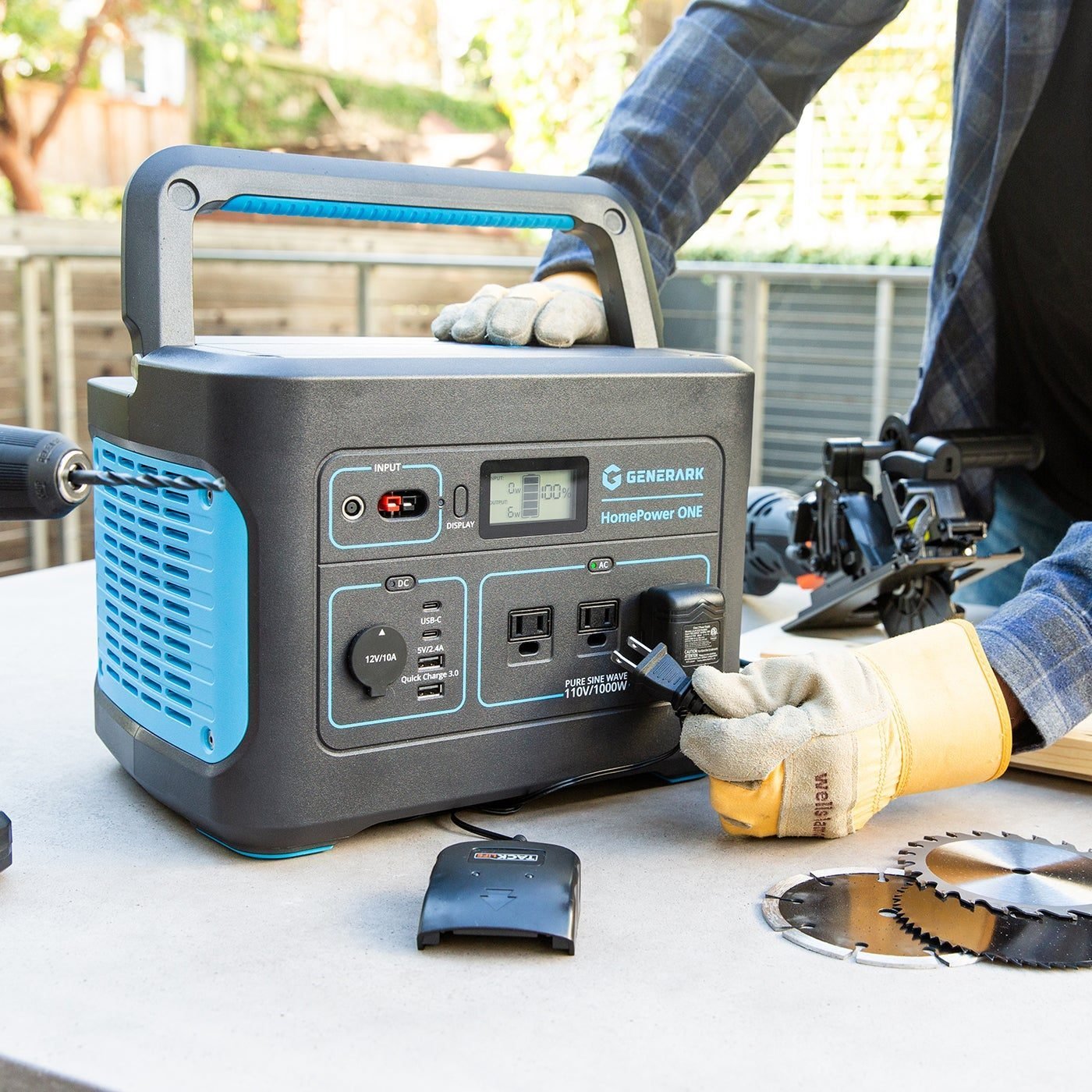 Stop worrying about the power going out and add peace of mind to your life with this solar-powered home generator.

Occasionally losing power during severe weather is a fact of life, but helplessly going days without electricity doesn’t have to be. That’s because next-generation power generators like the Generark solar generator can quickly and easily bring your home back to life long before the energy company does.

Losing power isn’t that big of a deal when it’s restored quickly. But if a storm leaves you without power for a few hours or days, you’ll face a myriad of problems. Those can be as annoying as spoiled perishables in your refrigerator, or as serious as non-functioning medical devices or a lack of heat or air conditioning in extreme temperatures.

In any case, owning a portable generator that doesn’t need gas or electricity to run can be vital to your survival.

Yes, the Generark solar generator is a splurge at roughly $1,400. But it’s worth considering because it can run all your important devices, including some appliances, for up to seven days without a recharge.

When it does come time to boost the battery, simply ensure it has access to ample sunlight. That means never worrying about trekking out to the nearest gas station and fighting for a couple of gallons to keep your heater running. You’ll also avoid the maintenance and safety concerns that come with owning a gas-powered generator.

What Is a Generark solar generator?

A Generark solar generator keeps your vital devices and appliances running when electricity isn’t an option. And it’s not just for emergencies. You could take it on a camping trip to power portable lighting, heaters and even a work-from-the-road setup.

Plus, in non-emergency situations, the Generark solar generator can be recharged in a myriad of ways. Besides Generark’s solar power bundle, you can also plug it into an outlet or even your car.

The battery’s 1,002Wh capacity provides all the power to keep your devices and appliances running for up to a week. Its electric-vehicle-grade cells ensure peak performance and reliability whenever you need it. And because the Generark solar generator stays ready-to-use for up to a year, it’ll be operational at the moment you need it.

The generator includes three AC outlets, two USB-C outputs, one USB-A output with 5V ratings, and even a USB-A output with Qualcomm’s Quick Charge 3.0 technology. That makes the Generark solar generator one of the most versatile options on the market, and one of the best generators you can get your hands on right now.

The Generark solar generator comes with a five-year limited warranty and must pass 52 reliability and safety tests before it even ships out to you.

How to Use a Generark Solar Generator

Once you’ve charged your Generark solar generator, you’re good to go. The three AC outlets function like standard AC outlets in your home, powering any appliances or devices that use standard plugs.

The USB-A or USB-C outlets let you charge smartphones or other smart devices. There’s also a car outlet rated for 12V. The battery’s large capacity gives you peace of mind, instead of worrying about how much longer your generator can run on a single charge.

Where to Buy a Generark Solar Generator 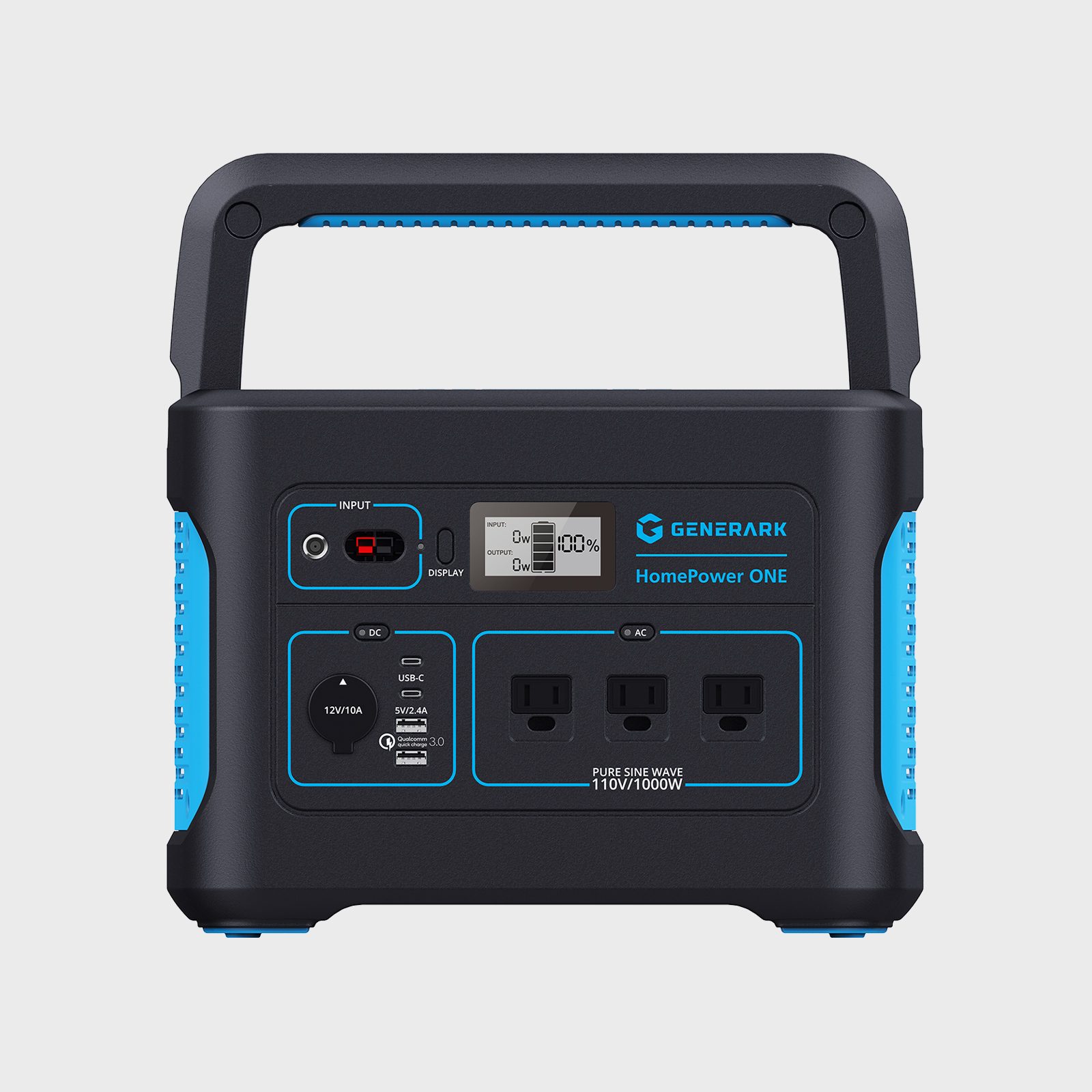 Want more deals and product picks sent directly to your inbox? Sign up for the Stuff We Love newsletter.

Did you miss our previous article…
https://tophouseimprovement.com/how-to/5-tips-to-level-your-yard-in-spring/

Yes, You Can Tile Stairs. Plus, here are 5 other ways to tile stairs.

The Eleven percent: Meet the Architects Of Precipitate