This solar powered patio umbrella can upgrade your backyard 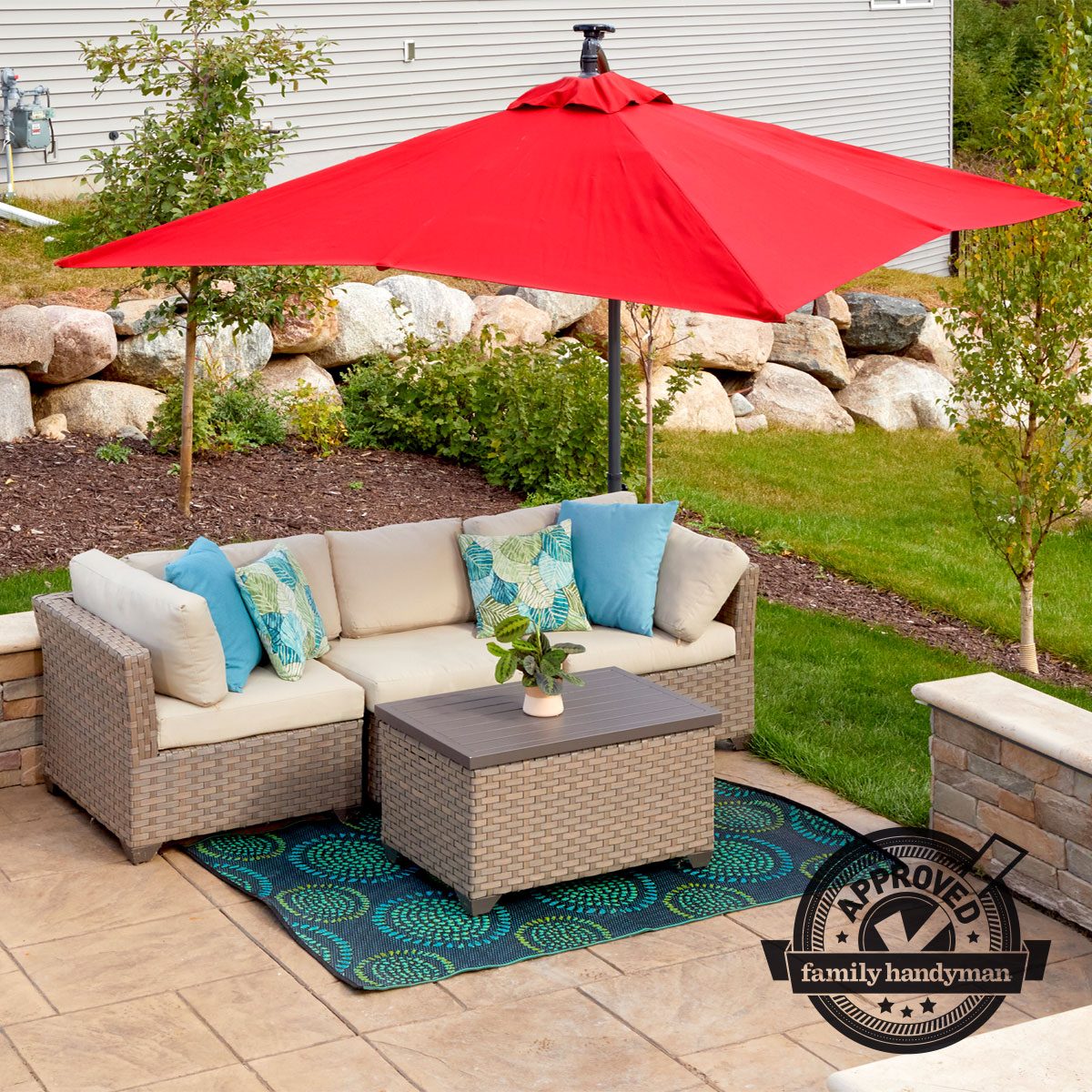 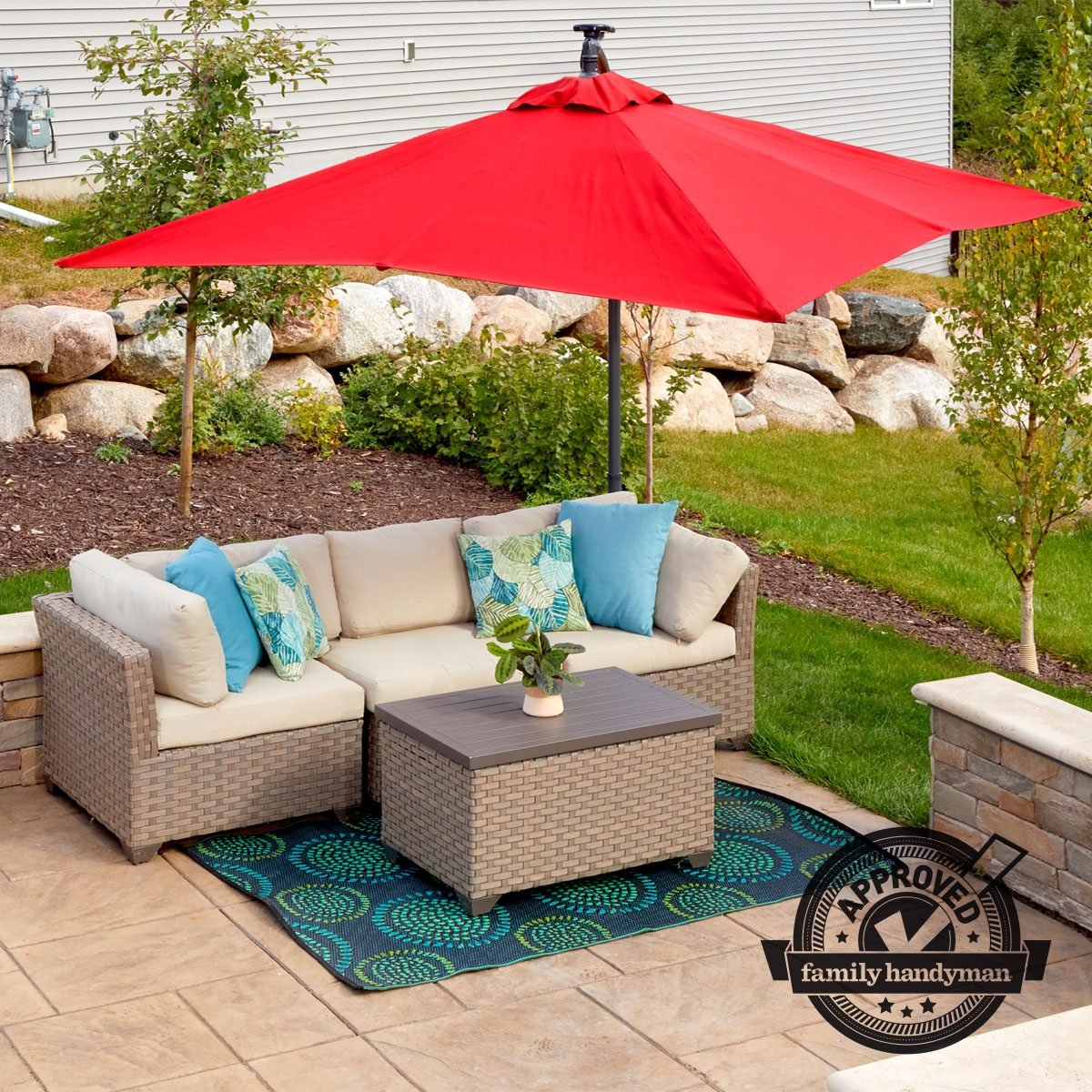 Add ambiance to your deck or patio with this Family Handyman Approved lighted cantilever umbrella.

My most memorable backyard cookouts as a kid always revolved around a grill, someone spunky enough to man it, a mismatched plastic patio set, and a patio umbrella throwing a swath of shade for the lucky few sitting under it.

Backyard cooking has come a long way since then, with today’s setups featuring elaborate pellet grills and smokers and glorious patio sets from the likes of Pottery Barn. Even the humble patio umbrella has changed. Today’s cantilever umbrellas are big enough to provide shade for half your yard.

After seeing so many of the latter around my neighborhood, I did some research and found the Mondawe Solar Powered Market Patio Umbrella. The included base and pre-strung canopy lights make it one of the finest out there. So late in the summer, I picked one up and tried it out.

What Is The Mondawe Solar Powered Market Patio Umbrella?

The Mondawe Solar Powered Market Patio Umbrella arrived at my local home center in two boxes, so I assembled it at home. It was easy. Four bolts created the base, and another two locked the umbrella assembly in place.

After snapping on the hand-sized solar panel, which powers the LED lights under the canopy, I filled the weighted base with water. That’s it. Assembly took less than 15 minutes.

First, the umbrella actually measures about 8-1/2-ft., not 10 feet as the manufacturer claims. I positioned it to shade a small modular loveseat on the corner of the patio. The umbrella opened in seconds and easily adjusted to the position of the sun with just a couple of hand tight screws.

The wind was gusty that day, reaching 30 mph according to my phone’s weather app. Under these conditions, the umbrella tended to bounce and even spin on its base unless the hand screws were overly torqued. Not only was this annoying, I worried about over-tightening and breaking something, which thankfully did not occur.

By evening, the wind subsided. A quick flip of the teardrop-shaped switch hanging from one of canopy’s corners illuminated the 32 LED lights underneath. The pre-strung, solar-powered lights are a fantastic feature. They’re powerful enough to provide some ambiance without overwhelming your guests.

In general, the Mondawe Solar Powered Market Patio Umbrella is a great product. It’s easy to assemble, sets up and breaks down quickly, and provides enough light for you to enjoy your backyard throughout the night. It doesn’t handle windy conditions well, but I’ve never heard of a patio umbrella that does.

Q: How heavy is the umbrella base once it’s filled with sand or water?

A: Around 90 lbs., give or take. There are four separate base sections, each weighing less than 25 lbs. when full.

Q: Can the umbrella be tilted?

I’m impressed with the Mondawe Solar Powered Market Patio Umbrella. It’s well designed, comes with an abundance of great features, and is ready to use right out of the box. It’s easy to set up, and the LED lights create a pleasant atmosphere in the backyard, day or night. 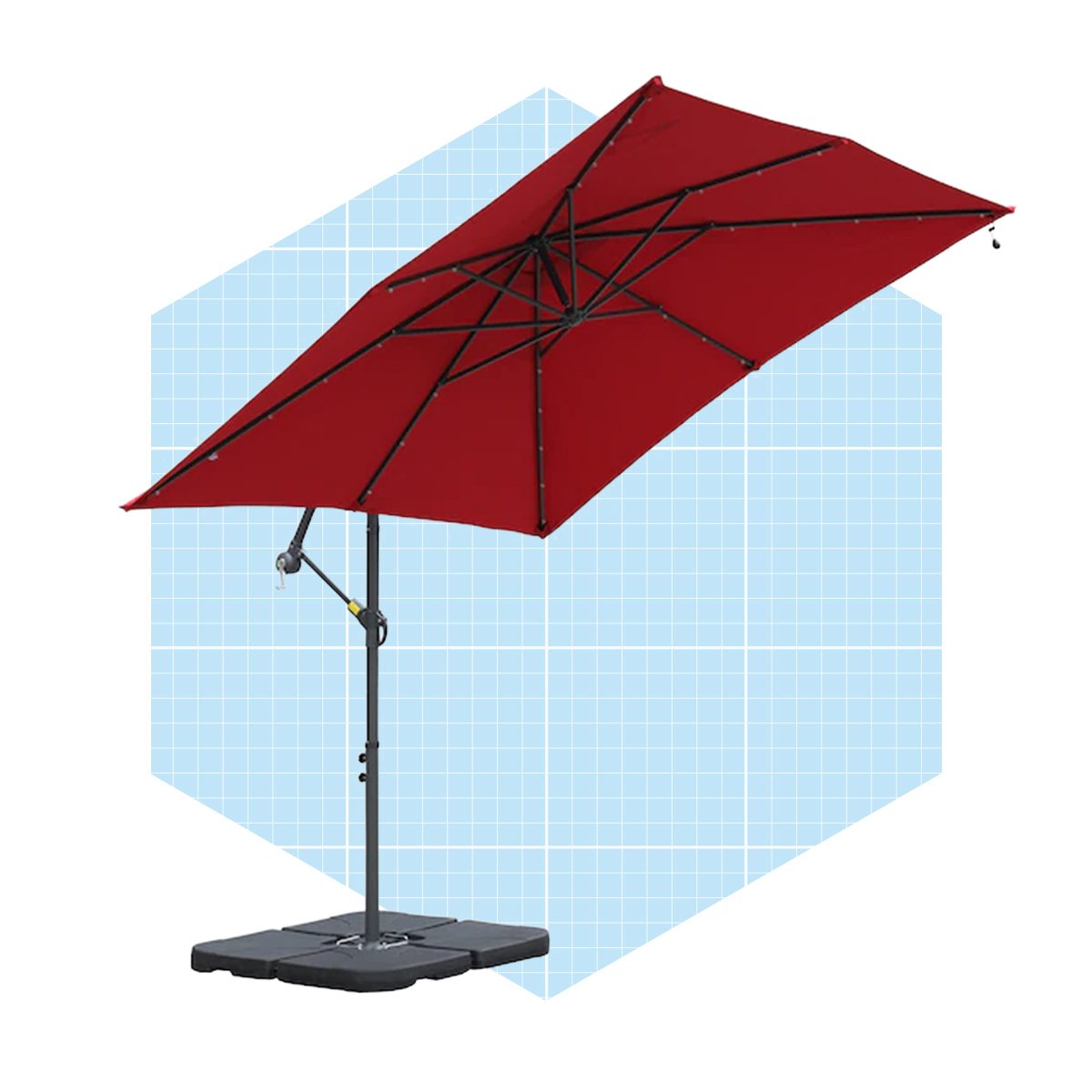 Ethan O’Donnell
Ethan is Family Handyman’s go-to editor for finding and testing the latest and greatest products, tools, and gear in the DIY space. Ethan has experience building custom woodwork, sets, props, and exhibits. Over the course of his career, he has completed projects for several Fortune 500 companies as well as for the United States Park Service. During his spare time, he likes to ride anything on two wheels, read, draw, or spend time with friends discussing recent Formula 1 events.

Did you miss our previous article…
https://tophouseimprovement.com/how-to/how-to-get-toilet-paper-out-of-trees/

How To Get Toilet Paper Out of Trees

How many security cameras will I need?