This Sunshade Can Be Used Anywhere, From the Beach to Your Backyard 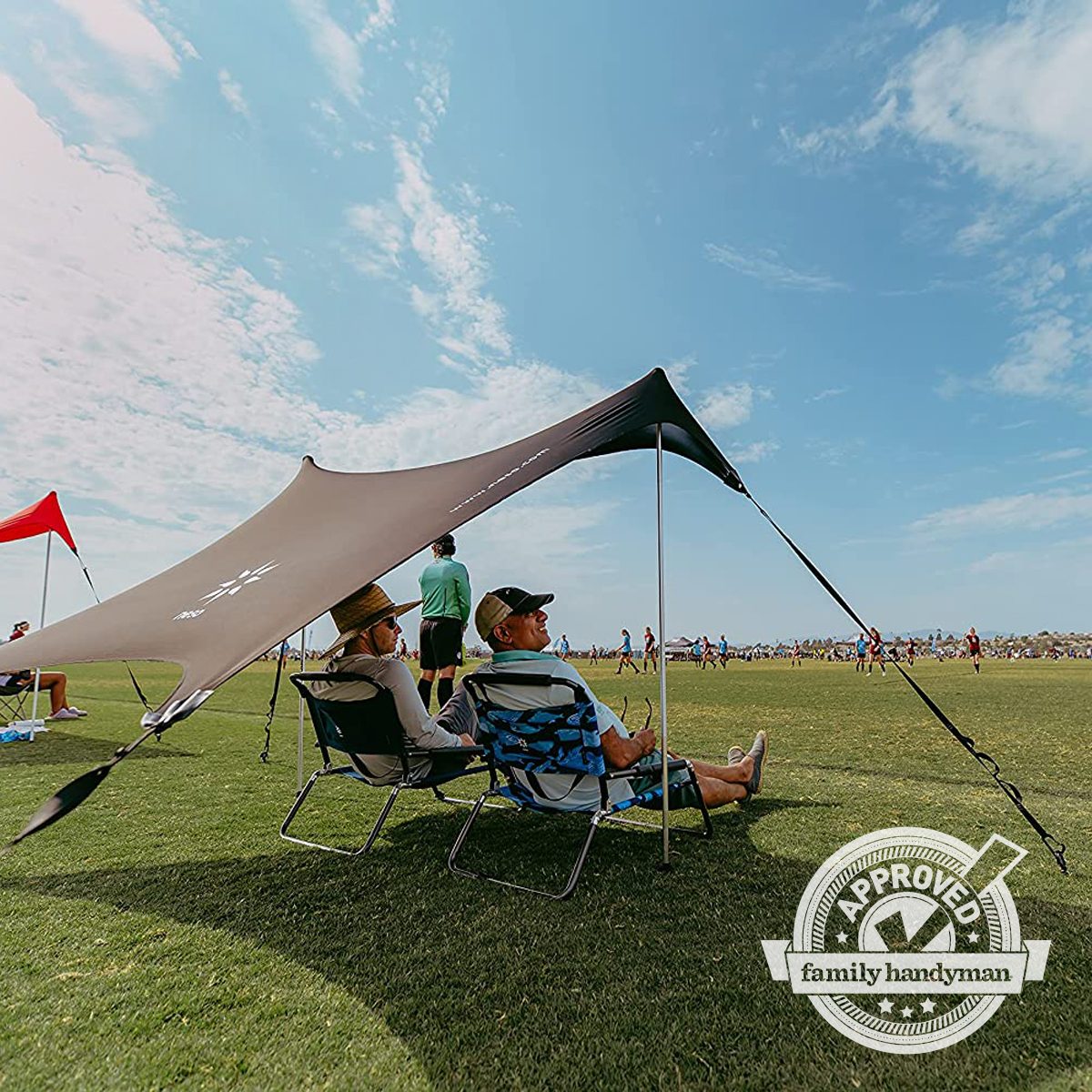 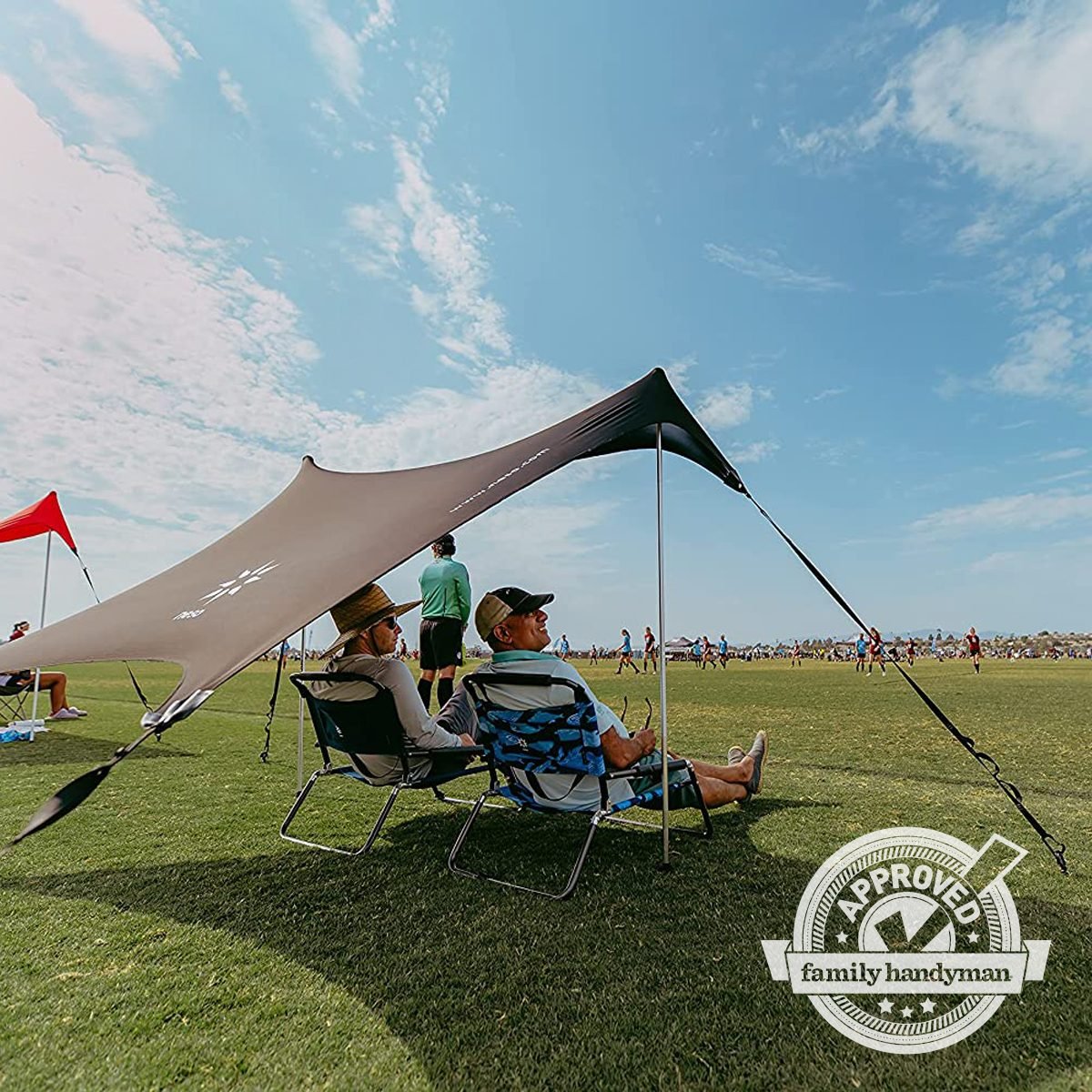 Beat the sun everywhere you go with this Family Handyman Approved portable sunshade.

I’ll be honest — sun protection, except for a little sunscreen at a ballgame or beach, wasn’t even on my radar for much of my life. But my perceptions changed after with a couple of recent eyebrow-raising dermatologist visits and a new addition to our family.

These days, we never plan a family outing without an escape route from the elements. Whether we’re en route to the playground, a sporting event, a nearby brewery or a friend’s weekend cookout, we always keep the conditions in mind, especially the sun.

In preparation for some outdoor events in mid-summer, I started researching portable sunshades and umbrellas. The Neso Sidelines 1 portable sunshade caught my attention because it seemed easy to set up and use. Several clicks on my laptop later, one was on its way.

What Is The Neso Sidelines 1?

The Neso sunshade breaks down and fits neatly into a 20-inch carrying case for storage or easy transport. It’s available in several sizes and colors. Most importantly, the Skin Cancer Foundation recommends this product because it protects against harmful UV rays.

I set up the Neso Sidelines sunshade a few times over a week. I tested it twice in the middle of the backyard in windy and rainy weather. I also brought it along to a mountain bike trailhead parking lot, suspended from my the bed of my truck.

I kept a close eye on how effectively the Neso Sidelines handled the elements. I also wanted to see how quickly and easily it could be set up and taken down. And I was especially curious about the quality of its construction.

Setup was a breeze. I followed Neso’s simple instructions, laying the sunshade flat on the ground in my yard and anchoring it with the four ground screws in the corners. Then I erected the aluminum tent poles and wedged them in the front corners of the anchored sunshade. After a couple of tent pole adjustments, the sunshade was up.

The process was nearly identical when setting it up in the bed of my truck. The only change: I used the carabiners to affix the rear two anchor points to the tie-down locations.

I anchored the front of the sunshade to the hard packed dirt of the trailhead parking lot with the ground screws. Sinking the screws completely proved a challenge in the densely-packed dirt. But with some persistence and help from the included torque rod, we raised our base camp.

I liked the latter setup better. Having the back of the sunshade tied down to the truck bed, 30-some inches off the ground, rather than to the ground allowed more of the sunshade to be used, especially when the sun was highest in the sky. That way, I could fit an extra person under the shade if we needed a quick break from the sun.

The Neso Sidelines sunshade handled the sun perfectly. The canopy provided enough shade to keep two adults plus an infant out of the sun.

When it’s anchored to the ground, short-legged lawn chairs or a picnic blanket are a must. When seated in my traditional height chair, the sunshade brushed against my head with every small wind gust, and I couldn’t get deep under the shade when the sun was at its highest.

The sunshade did fine in breezier conditions, flapping and bouncing a little but staying upright. However, the rain wasn’t its friend. It block the first few drops, but not much more after that.

The Neso Sidelines sunshade feels and looks well made. The elasticity of nylon and lycra tends to diminish over time, but cyclists can attest to how durable it is. The shade’s reinforced corners and thick aluminum tent poles seem strong and made to last.

The only component of the sunshade that concerned me were the plastic ground screws, since they need to withstand strong winds, or rocks and debris buried in the soil. However, in my tests I found no evidence of any damage.

The Neso Sidelines sunshade has become the “pack it, just in case” item in our household, ideal for keeping your friends and family safe and cool all summer long.

It’s easy to transport, compact and can be set up almost anywhere in seconds. This product is well-designed and crafted for durability and dependability. Most importantly, it prevents skin issues by blocking harmful UV rays. 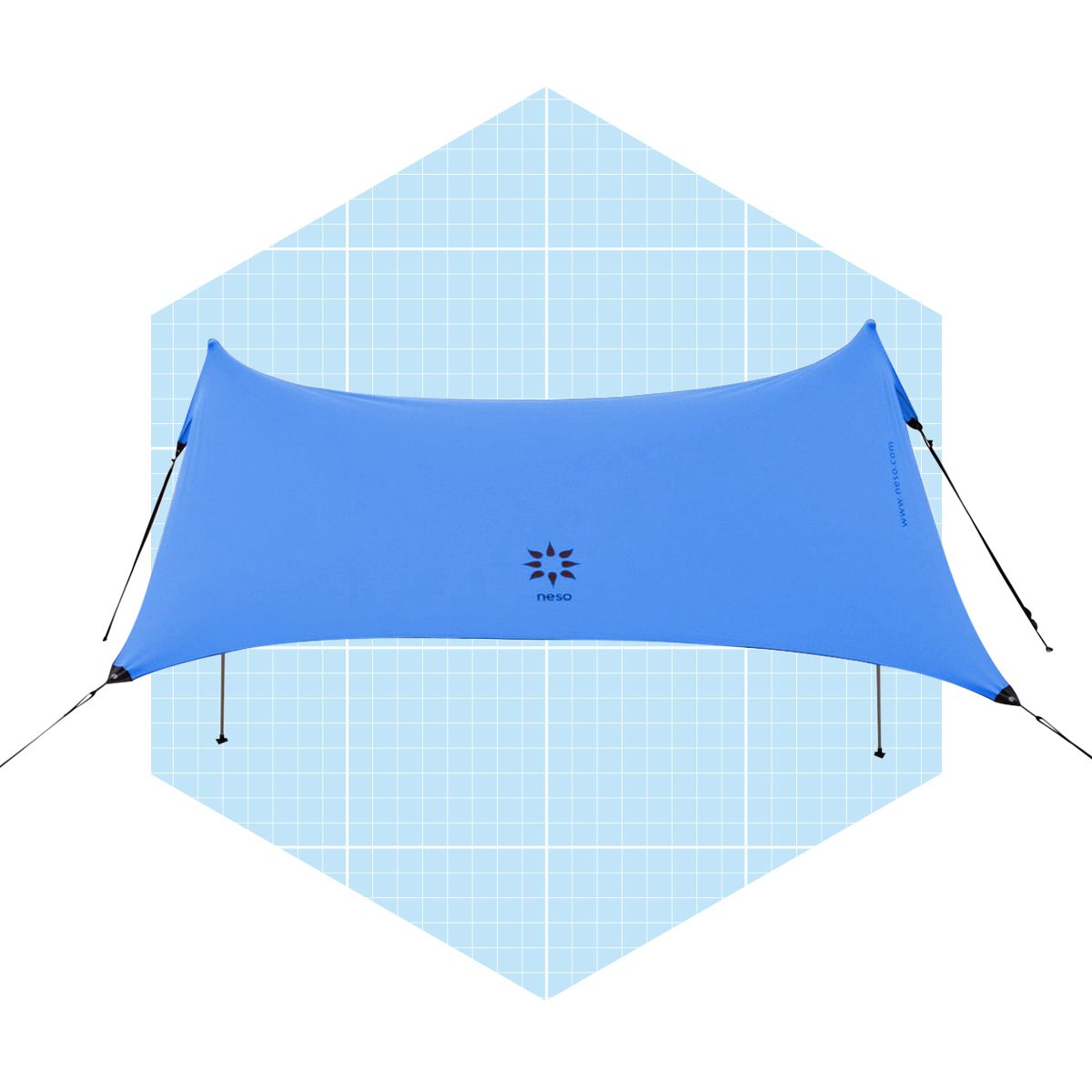 The Neso Sidelines 1 Sunshade is available from REI or at Amazon.com.

Ethan O’Donnell
Ethan comes from a custom woodworking, set and prop building and exhibit construction background. He has completed projects all over North America and for several Fortune 500 companies as well as the United States Park Service. When not working, you can find him riding his bicycle, reading, drawing or at a nearby brewery discussing the recent Formula 1 happenings with friends.

Here’s why Home Builders are falling on Housing

An Air Conditioner that has Moss on it?