We tried it: ChillaxHome Smartcam 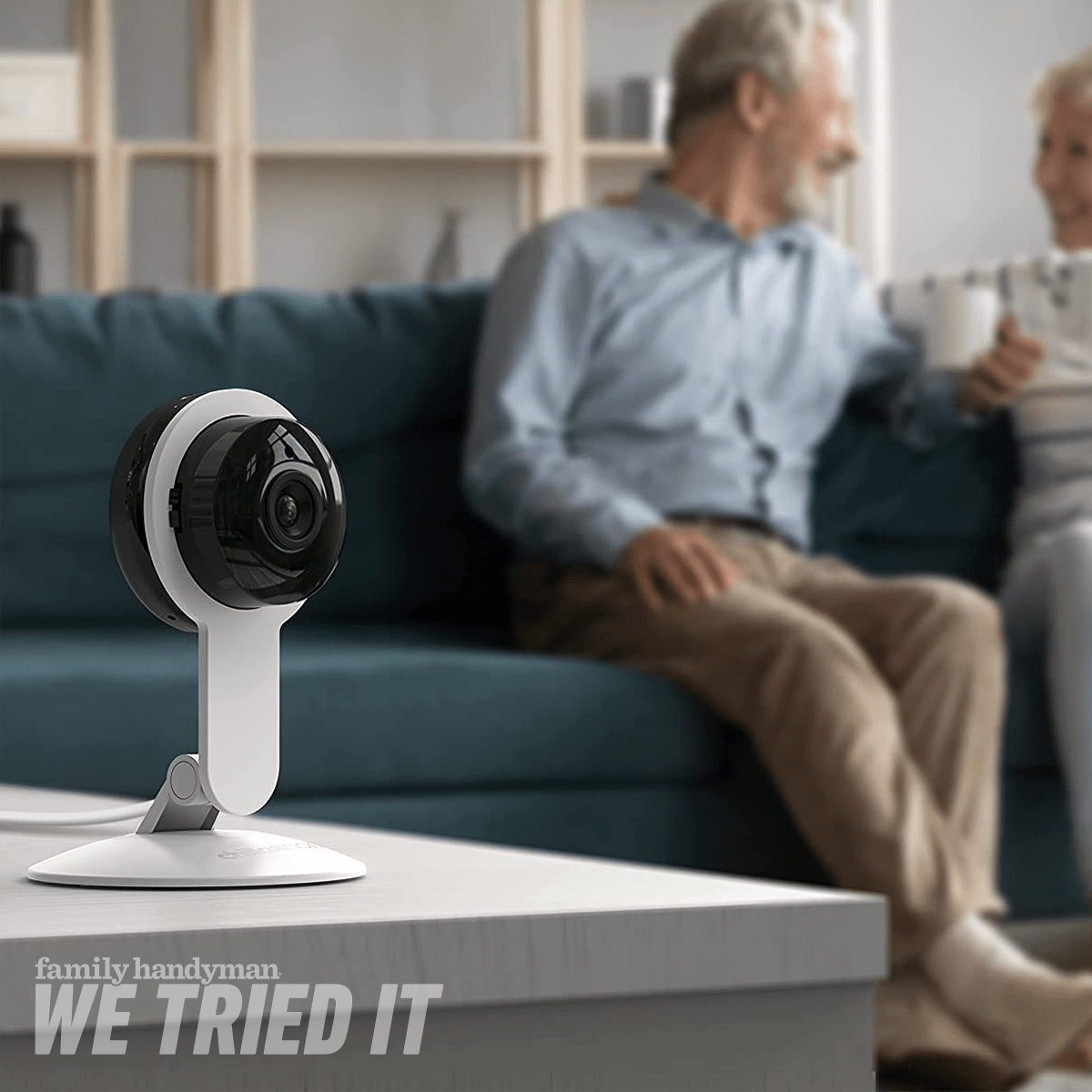 The ChillaxHome Smartcam, an entry-level home-, baby- and pet-monitoring system, offers an extra set of eyes and ears in your home.

Every family or individual has their reasons for considering a home security camera. Maybe it’s to keep an eye on a baby or toddler while it sleeps upstairs. Maybe it’s to make sure your dogs aren’t having a party while you’re out of the house. Or maybe it’s to monitor your front door or because you’re concerned about break-ins or porch pirates.

Though we’re past the age where we need a baby monitor, my husband and I discussed the need for a home security system with video cameras. We have two dogs, one of whom has been known to cause a ruckus when left alone. So when we were offered the chance to try out the ChillaxHome Smartcam security camera, it felt like a good test to see what a surveillance camera system could do for us.

Here’s what I learned about this entry-level home security camera and its accompanying app.

What Is the ChillaxHome Smartcam?

The ChillaxHome Smartcam is an inexpensive, wired video security camera that can be placed anywhere in your home. It’s the entry-level model of Chillax’s wider range of security cameras, which are mainly marketed as baby monitors.

Here’s how it works:

When our two ChillaxHome Smartcams arrived, we set them up to view the front and back doors of our home. The front door view also captures a section of the living room, including the couch where our dogs usually hang out while we’re away.

Before placing the cameras, I had to plug them in close to our internet modem to pair them. This was done via easy step-by-step instructions in the app. Once the cameras were set up, I went into the app and saw a real-time feed from each point of view.

I initially assigned the settings to send a notification every time there was an “event” (a movement or sound detection) on one of the cameras. I soon found I was getting notifications every few minutes, especially on days when we were all home. I now turn off notifications at home and turn them back on when we’re going to be away for more than a couple of hours.

We haven’t gone out of town since we installed the Chillax, but we spent an evening or two out. We’ve used the app to check in on the house and mostly witnessed the dogs snoozing or changing positions. We “spoke” to the dogs once. But for our pets — as for most dogs, I would imagine — this had less of a soothing effect and more of an exciting one, to the point one of them peed on the floor near the camera.

And while we don’t need a baby monitor, we do have a 10-year-old who needs occasional monitoring. She had a friend sleep over the other night, and they decided to sleep on the couch so they could stay up late to watch TV.

How late? Well, I can tell you! The Chillax recorded the moment they tucked in and turned out the lights — at 1:35 a.m., not the midnight hour as she assured me!

Q: Can you monitor it while you’re out of town or away from home?

A: Yes, but you’re limited to just the last 24 hours via the free app. You can review activity for as much as seven days via the paid app.

Q: Is the camera wireless?

A: No. It must be plugged into an electrical outlet.

Q: Does it work in the dark?

A: Yes. It has a night vision feature, and it lets you see up to a 30-foot radius without light.

The ChillaxHome Smartcam is primarily intended as a baby monitoring app, and it’s clear to see it would function effectively in this regard. It can send notice of any movement in a baby or toddler’s room. And for a sleeping baby that stirred, the voice feature allows a parent to say a few soothing words from a distance.

As a home security camera, the free app limits its effectiveness. If we to go out of town and later learn there’s been a problem, we could only see the last 24 hours of activity on the free app. That’s not a flaw of the camera itself, just something for consumers to keep in mind.

My final verdict on the ChillaxHome Security Camera is a qualified thumbs-up. The camera does what it claims to do and offers strong features at an affordable price. As a security camera, it can’t prevent a break-in. But it can alert you right away to any disturbance. And with the paid app, you can review activity up to seven days old.

Where to Buy the ChillaxHome Smartcam

The ChillaxHome Smartcam is currently available for $24.99 on the Chillax website.

Elizabeth Heath
Elizabeth Heath is a travel, culinary and lifestyle writer based in rural Umbria, Italy. Her work has appeared in The Washington Post, HuffPost, Frommers.com, TripSavvy and many other publications. Her guidebook, An Architecture Lover’s Guide to Rome, was released in 2019. Liz’s husband is a stonemason and together they are passionate about the great outdoors, endless home improvement projects, dogs, their unruly garden and their slightly less unruly 8-year-old.

Did you miss our previous article…
https://tophouseimprovement.com/how-to/everything-you-need-to-know-about-box-joints/

Everything You Need to Know about Box Joints

What is a Mortise and Tenon Joint and How can you use it.