What is a Moss Wall, and how do you define it? 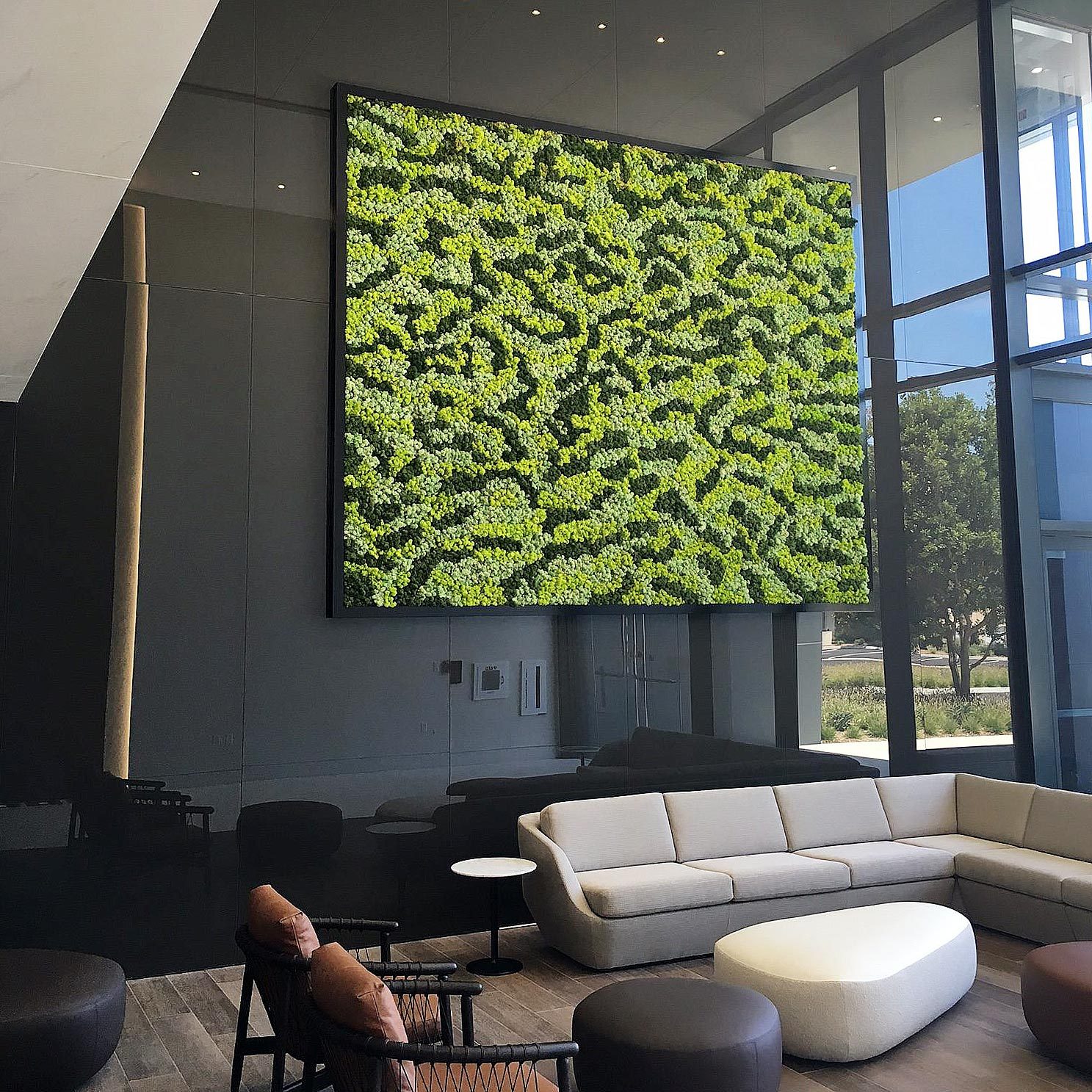 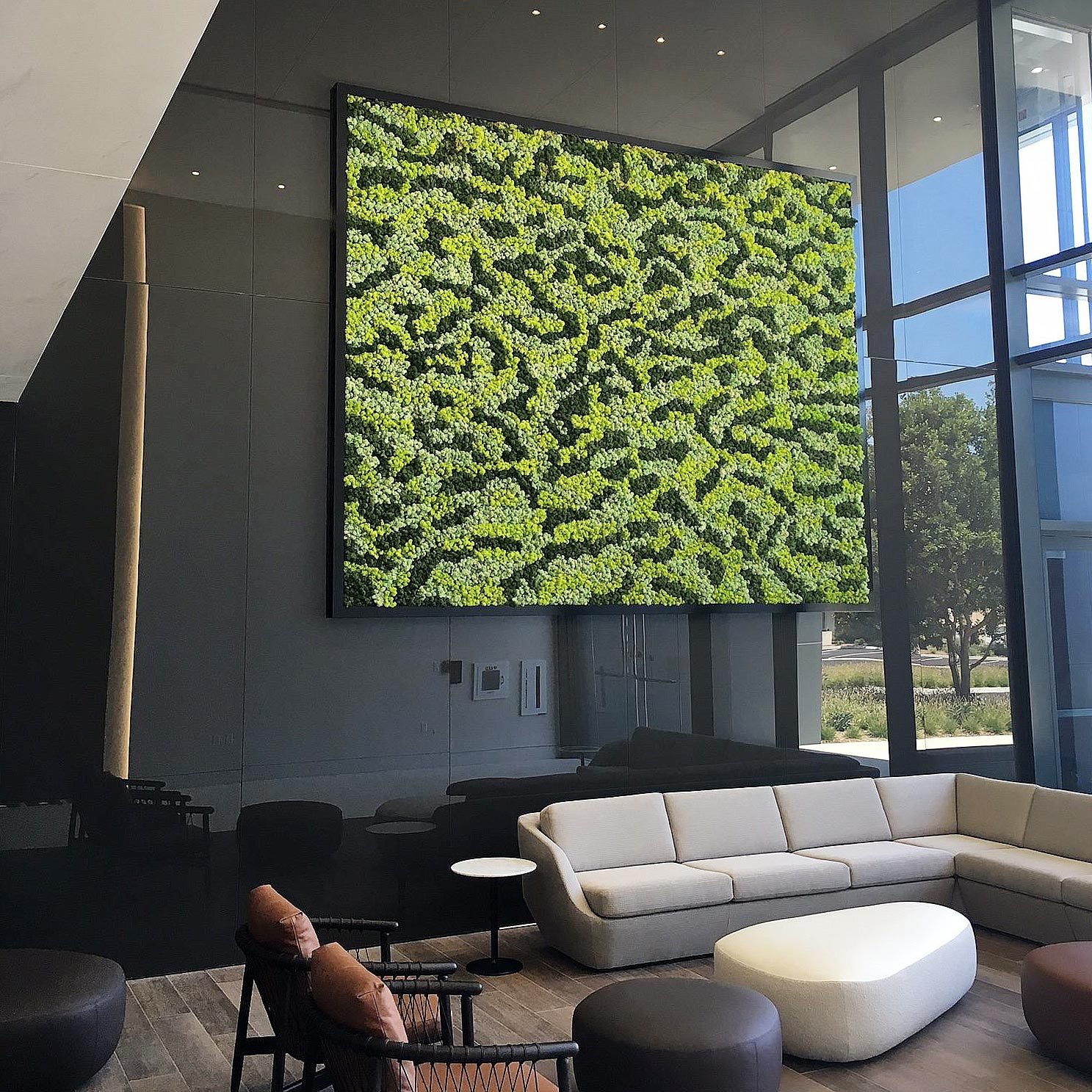 If you’re looking for an artful way to green up your living space without keeping plants alive, a moss wall might be the perfect choice.

“The colors, shapes and textures!” he says. “We were hooked after we made our first one. The possibilities for creating art using this natural product seem limitless.”

Whether you’re DIYing a moss wall at home or buying one made by a pro, here’s what you need to know to successfully bring nature’s cushy greenery inside.

What Is a Moss Wall?

A moss wall is a hanging wall-art panel made primarily from preserved and dyed mosses and possibly other preserved plants, driftwood and dried mushrooms. The most common mosses are dyed reindeer moss (actually lichen), pole moss, mood moss and sheet moss.

The concept probably came from Scandinavia, but rumors also link it to Buddhist monasteries in Asia. More recently, it appeared on wreaths and crosses in German cemeteries before making its way as art in our homes in North America.

Moss walls are made from preserved moss (it’s no longer alive). Its water content has been replaced with a non-toxic glycerine solution so it still looks fluffy. Added food-grade dyes enhance color.

When done right, a moss wall becomes a sort of organic fabric that can look convincingly alive. “We had one client insist on having us trim a moss wall as she claimed it was growing,” says Mumford.

What Are the Pros and Cons of Moss Walls?

Moss walls are the rage now because they require little maintenance and can be installed in many places where living walls or potted plants aren’t practical. Some of their benefits include:

The cons of moss walls:

“Some fire marshals have unfairly targeted moss walls as a fire hazard,” says Mumford. “But they are no more flammable than an oil painting. The moss has been tested using standard and accepted testing procedures and it passes.”

How To Make a Moss Wall

Making a moss wall can be an affordable and creative endeavor. You’ll need:

To make your moss wall:

How Long Does a Moss Wall Last?

Moss walls should last at least five years, and probably much longer under the right conditions. To keep a moss wall in optimal shape:

“If the humidity drops low and it gets crunchy dry, just raise the humidity and it will fluff right back up,” says Mumford

Can I Make a Living Moss Wall?

Perhaps, but it’s a lot more complicated with a high chance of failure. Should it work, it would also require misting, which can cause mold and other problems indoors.

If you think you’re buying living moss wall panels, look at the fine print. Nearly all are not actually alive, even though they’re advertised that way.

Karuna Eberl
Karuna writes about wildlife, nature, history and travel for magazines, newspapers and websites including National Geographic, National Parks, Discovery Channel, Atlas Obscura and the High Country News. She’s also produced a number of independent films and directed the documentary The Guerrero Project, about the search for a sunken slave ship. She and her husband, Steve, wrote an award-winning guidebook to the Florida Keys and are currently completely renovating an abandoned house in a ghost town. She holds a B.A. in journalism and geology from the University of Montana. Member of OWAA, SATW.

How to Match Paint Already on Wall