What’s the Difference between Chop Saw and Miter Saw? 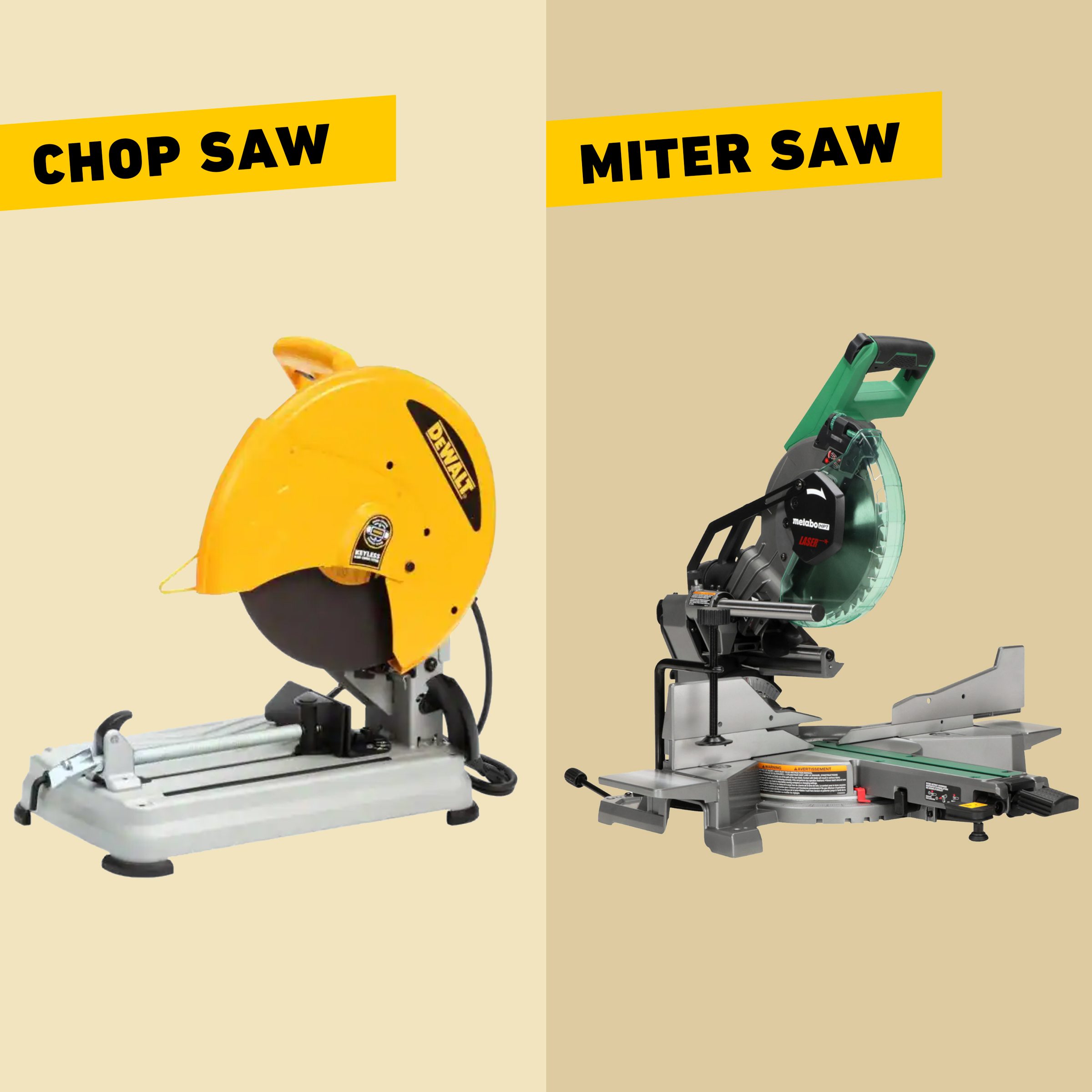 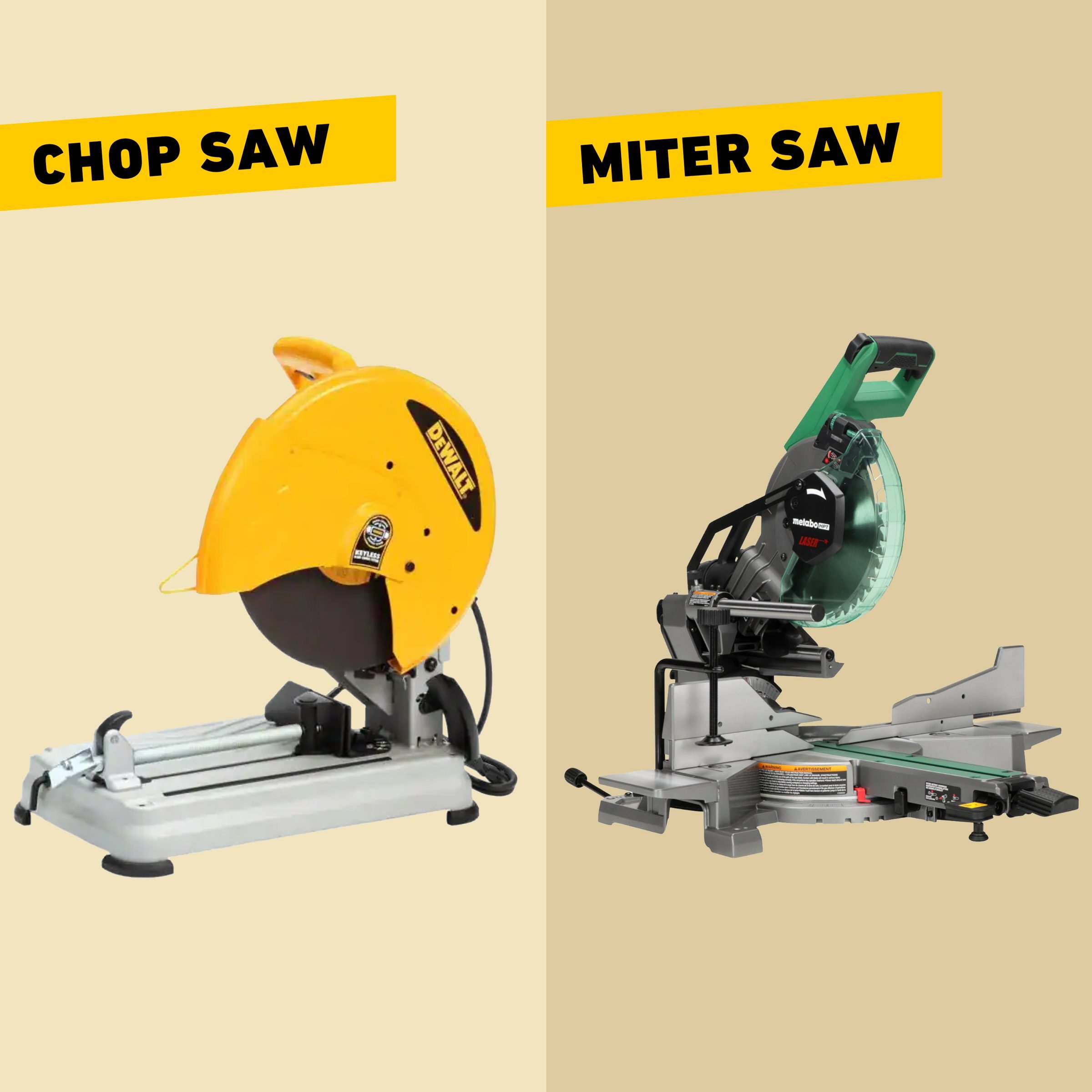 Carpenters who have been around awhile probably remember a time when a chop saw was a new, time-saving innovation on the jobsite. By performing one simple function — crosscutting trim and framing lumber — it streamlined the workflow on construction sites as well as the home woodshop.

It didn’t take manufacturers long to introduce one basic feature — the ability to rotate the saw — that greatly increased the chop saw’s usefulness. It eliminated the need to cut miters (angles) by hand with a miter box and hand saw. But manufacturers didn’t stop there! They added other features, such as a tiltable blade that can cut bevels, and a sliding track for cutting wide boards.

Saws with these added features are now known as miter saws. They’re as different from their chop saw predecessors as modern mobile devices are from the early Apple Newton or PalmPilot. But chop saws, though largely displaced from the woodworker’s tool collection by miter saws, haven’t disappeared. You might still find traditional ones for cutting wood, but most are now designed to cut metal.

What Is a Chop Saw?

A chop saw is a cutting tool that does one thing: It crosscuts (cuts across the width) lengths of wood or metal into shorter pieces. It doesn’t cut angles, bevels or curves, and it doesn’t do rip cuts (cuts along the length).

To make a cut, the user grips the handle on the top of the saw, pushes the trigger to start it and lowers the blade into the material. The saw automatically returns to its original position when the cut is completed and the user releases the handle.

What Is a Miter Saw?

A miter saw resembles a chop saw, with one key difference: The stand holding the miter saw can pivot left and right, usually to a maximum angle of 45 degrees.

The front of a miter saw table is rounded — not square like a chop saw table — and it’s marked with an angle gauge. The handle used to rotate the saw extends from the front of the table, and a locking mechanism prevents the saw from moving once you’ve selected the angle.

What Are They Used For?

As we mentioned above, most contemporary chop saws are metal-cutting tools. Because of this, the table is usually longer than it is wide and features an adjustable clamp.

Metal-cutting blades are interchangeable. You can select an abrasive blade, which cuts slowly but works on any type of metal, or a tungsten carbide-tipped (TCT) blade with teeth.

A TCT blade works faster and more accurately for cutting tubing and other relatively thin metal. Although the blade angle isn’t adjustable, you can make angle cuts by clamping the material to the table at an angle.

Chop saws are used for cutting:

A miter saw does everything a traditional wood-cutting chop saw does, plus a lot more, so woodworkers use it a lot. A standard miter saw can do most cuts you’re likely to need on a construction site. But if you’re in the shop, a compound miter saw is more useful.

Miter saws are used for cutting:

Although it wasn’t always so, chop saws and miter saws today serve different purposes, so comparing a chop saw vs. miter saw isn’t very meaningful. However, it does make sense to compare them to other types of saws, such as circular saws and table saws, that can do the same types of cuts.

How Much Do They Cost?

You can get a decent chop saw for a little more than $100. But if you need more power or a blade that tilts for cutting bevels (yes, some chop saws do have this feature), it’ll probably be more in the neighborhood of $400.

Today, most miter saws are compound miter saws. You can find a budget one for a little more than $150. If you want one that slides on a track, the price runs between $450 and $700. Both corded and cordless miter saws are available in this range.

Did you miss our previous article…
https://tophouseimprovement.com/how-to/we-tried-it-lasko-all-season-hybrid-fan-heater-high-velocity-hybrid/