Why does some New England home have a ‘Witch Window’? 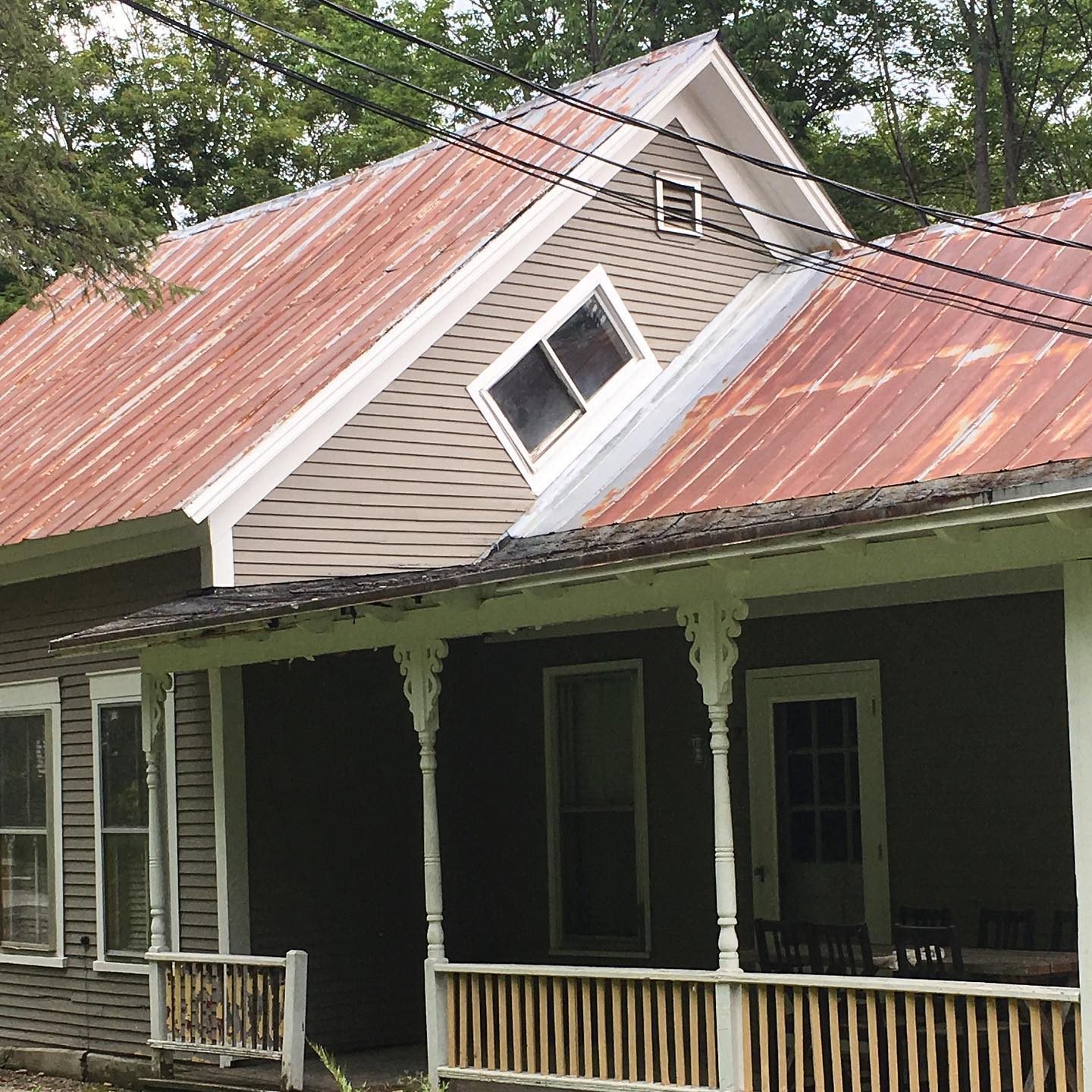 Here’s the story behind this unusual home feature.

You can find so-called witch windows (AKA diagonal windows) on old New England farmhouses. The windows might seem to be architectural mistakes, but like other old home features, there’s a reason these windows exist.

What Is a Witch Window?

It’s a double-hung window installed at a 45-degree angle on the second story of some older farmhouses. The long edges of the window frame run parallel to the first- and second-story roof lines on the home’s gable end.

There’s a sensible explanation for this oddity. Let’s say you have a two-story home with a pitched roof. The home has windows on the first and second floors of the gable end — the part of the house where the sides of a pitched roof meet to form a triangle.

You decide to build an addition, but don’t want to mess with the existing roof. (Roof work can be expensive, after all.) You build a one-story addition onto the gable end of the home. However, the new addition covers up the windows that were there before.

You can put new first-floor windows on your addition, but there’s not enough room on the second-story end of the house to keep the existing windows. And if you don’t add new windows, it might be pretty dark up there.

Why not reinstall your old window at an angle, the only way it will fit? That seems to be what many homeowners in parts of Vermont, New Hampshire and Maine did!

Why Are They Called ‘Witch Windows’?

Local lore says witches can’t fly diagonally, so having a crooked window would prevent them from getting into your home.

You might want to take a New England road trip to look for witch windows.

Originally Published on Taste of Home

Amy Fontinelle
Amy Fontinelle has been an online content creator since 2006. Her work has been published by Forbes Advisor, The Motley Fool, Business Insider, Investopedia, International Business Times, MassMutual, Credible, and more. Amy cares about making challenging personal finance topics easy to understand so people feel empowered to manage their finances and don’t get taken advantage of. She wants everyone to experience the peace of mind and freedom that come from financial security. Amy spends much of her free time in the kitchen making her own pizza dough and ricotta cheese.

Did you miss our previous article…
https://tophouseimprovement.com/how-to/hammer-drill-or-impact-driver-whats-it-all-about/

Fine Homebuilding – Insulation and Sheathing in One

What You Need to Know About Reclaimed Wood Flooring